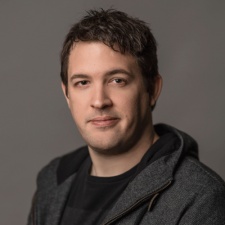 Jonathan Harrop is senior director of global marketing and communications at AdColony.

If there's one trend that we've seen accelerate over the past month, it's the shift from out-of-home entertainment to in-home or digital and online entertainment. For obvious reasons, of course.

Now that 'real' sports have been put on hold, with the NBA and NHL suspending their seasons, golf, tennis and auto racing taking a break, and MLB unsure when or if it will get started, sports fans everywhere are feeling the void left by live games. The four major leagues are all responding with streaming content, and fans are taking advantage of the open paywalls.

But the thirst for watching competitive sports is still not satiated; consumers stuck at home need more. And there is a kind of sport competition that has always been online, now growing in popularity by the minute: esports. There were already 21 million esports fans in the United States, and, just like offline sports (e.g., football, basketball) skews slightly male.

Esports, however, also skews younger, with 84% of esports fans being under the age of 35. In fact, esports is now the third-most-popular spectator sport for young men – those under 25 who are fans watch almost an hour a day of streaming esports, and 10% of all esports fans are watching over 20 hours a week.

Esports also has a much better gender mix than traditional sports, with nearly double the female viewership than "meatsports." (A tongue-in-cheek term popularized by Overwatch League shoutcaster Mitch "Uber" Leslie to refer to non-esports sports.)

This is not to say that all esports fans are in this group – it’s still a diverse audience. Within the 215 million occasional viewers and 165 million "enthusiasts" globally, there are certainly more types of people than just young men. Frequently, those who are into esports are just regular people who like watching competitions, supporting their local team, being part of a community, or any combination of these things.

It’s a hugely valuable audience for mobile games as well. Activision-Blizzard’s King has been dominating ad breaks in Overwatch League broadcasts (before they were postponed) with ads for its Legend of Solgard title, so it’s clearly a viable and valuable audience.

But how do you, as a performance advertiser – who has no interest in pouring money into the expensive and non-trackable channel of sponsorships or broadcast ads – effectively reach this audience?

The answer is simply to find where they are in mobile channels. It doesn't take much common sense to see the overlap between esports and mobile games. Many titles have a mobile version, but, more importantly, people who play mobile games do so for the same reasons that they play console games: competition, adrenaline, competency, independence, problem-solving and teamwork.

But we know you need more specific reasons than that! Here are seven reasons why performance marketers should be targeting esports fans in mobile games:

So even if you’ve personally never played or even heard of FaZe Clan, Team Liquid or Cloud9 – or the Dallas Fuel (Go Dallas! #BurnBlue!) and the Philadelphia Fusion – you don't need to familiarize yourself, even now. What matters isn't the teams or the titles, but the audience. And your audience of passionate fans who crave competition and entertainment are all live (and reachable!) in the mobile gaming channel.

Performance advertisers, you were made for what's next