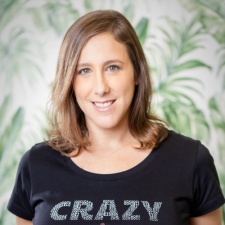 Moria Goldstein is head of publishing at CrazyLabs.

3 months ago, CrazyLabs' Publishing Team announced its Winter Special program for mobile game developers. We offered a select number of indie game developers and small-medium game development studios a list of game ideas. We wanted them to create a Hyper Casual game for ideas we then recognized as upcoming Hyper Casual trends.

We reached out to over 1,000 potential partners and kicked off the production stage in order to identify the diamond in the rough. Among the responses we got, we learned that around 30% of these "Winter" discussions included a prototype based on our brief. Around 50% of them then moved on into level design and what we identified as game candidates.

Enter Tricky Tribe, a mission-oriented game studio from Slovenia. Due to our close ongoing relationship with these guys for the past year (which included working in collaboration on promising games only to realize together that even "promising" doesn’t always make it to the finish line), we could easily see how Tricky Tribe can turn one of our suggestions into a successful game.

So, what does it take? First - you must bring a fresh take to the table. The first pitch by Tricky Tribe was based on a viral trend of cutting Kinetic Sand, and the initial prototype already showed originality but required something extra. Tricky Tribe then gave their own twist on the literal meaning of cutting sand using haptics which leveled up the entire game experience in a sense we felt truly gamified the trend.

Here are some visuals from the initial prototype of ASMR Slicing
(Beautiful concept artwork!):

Turning the prototype into a game required we stay tuned to the trend. That satisfaction from cutting, that sensation we have when we hear the sound, that vibration we feel when we slice all the way down - our tests were focused on these attributes, and we knew that finding that sweet spot can be the difference between a "that's nice" game and a top-charts hit.

Early tests showed the game has good potential. Tricky Tribe added missions per level to make the game more engaging, and along with our UI experts also perfected the UI and the design while refining the additional cutting tools. This mutual work process clarified the missions and added a metagame layer that was needed to keep the players coming back. All these actions combined (and tested) produced something which was far better and turned ASMR Slicing to a retention and CPI success.

Below you can see the game after the changes and the additional cutlery that was added, and how the retention and the CPI changed from one version to the next:

The process we have gone through with Tricky Tribe has proved to us once again how a personal relationship with a partner makes a world of difference. It inspired us to create a new plan and reach out to new developers in the hope to turn them into partners.

CrazyLabs is announcing a new spring campaign for game development studios. We offer a pre-payment of US $100,000, plus a rev-share plan of 50% on top for mobile games who can meet our CPI goals and D1 retention of 43%.

We'll provide the infrastructure you need to turn your game into a #1 hit, and all you need to do is send us the video for your next game (if you don’t have a video yet you can send us the prototype). Bring it on!

Want to chat before you submit? Contact me: moria@crazylabs.com