A major lesson from hypercasual for the rest of the industry: Launch fast, test the core gameplay, forget the rest 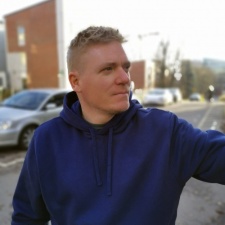 James Cramer is CEO of the developer Skunkworks.

Skunkworks is actively testing an MVP of its first game, Emma's Kitchen in multiple test markets. The game itself is aimed at a female audience and was deliberately designed like a hypercasual experience so that we could get it out for testing as quickly as possible.

Development began in earnest during mid-December 2019 and was released to test markets as an MVP in March 2020.

The design approach we took was to create a user experience flow that is ultra-streamlined and linear, with the purpose of generating maximum player engagement.

Creating an IAP funnel would have created months of extra work and testing to get right, so we went with a system of rewarded ads instead. In the future, we will convert the game's economy into IAPs, but only once the engagement is performing to our expectations.

With Emma's Kitchen, we are very quickly validating that the market demand for this game exists and that the game resonates with its target audience. We are also ensuring that we have enough data to understand the game's early engagement, all before going into full production.

This, in turn, has given us a clear path to improvement and knowledge of where to focus on the product and feature development. It also educates us on exactly who the core audience is for this type of game for future UA targeting.

To date, Emma's Kitchen is generating CPIs at approx. one-third of the industry average in countries like Spain, Brazil, and the Philippines, a trend that we hope to continue in core markets like the USA and UK further through our testing cycle.

These CPIs aren't based on luck but are in fact calculated and are the fruits of our analysis of the entire Time Management subgenre.

In the current climate, it's simply not enough to have passive game performance metrics acquired through UA and continuous testing.

From the start, we are using as much freely-available market data as possible to make decisions about everything from game mechanics, theme, and art style to marketing mix and monetization strategy. The point of which is to hit the ground running by the time the game is in full release.

Emma's Kitchen is a truly player-focused experience and is built directly on real player behaviour, rather than developer assumptions, from the very start.

In the current climate, it's simply not enough to have passive game performance metrics acquired through UA and continuous testing.

From Skunkworks' point of view, it is a hard requirement to know exactly who your audience is and what they want ahead of production, to know exactly what you are doing and why, well in advance. Perhaps even before even writing a single line of code.

We have developed a number of ways to achieve this, but here is just one devilishly simple example: Skunkworks recently used freely available market data to kill a prototype before market testing, even though it was fun and addictive. We killed it because our market data analysis proved that the audience simply isn't there.

For our second concept, we wanted to have another shot at the Time Management subgenre. So while the merging mechanics for Emma's Kitchen were chosen based on the assumed female audience for games like Merge Dragons and Cooking Craze, for future games we wanted hard data to validate our choices, representing the natural evolution of our data-driven strategy.

In search of a catchy mechanic, we investigated games like 2048 by Ketchapp. As you can well imagine, there are a very large number of 2048 clones in the store.

Many of these games have attempted to include metagame and more advanced rulesets than the simple goal of reaching 2048. Some examples of this are Dead 2048 by Cogoo Inc and 2048 Cooking by Chromecat Game Studios.

To explore this possibility, we built a simple prototype mixing Time Management mechanics with 2048, where the player would need to produce sushi dishes to demand, all while sliding tiles like a 2048 game. It was fun and addictive! But we wanted to go further and understand if the audience would exist for this type of experience.

We compiled a list of thirty of the most-downloaded 2048 games on Google Play and threw in a couple of female-focused 2048 games such as 2048 Kitty Cat Island by FUNgry Games. From there, we scraped what ended up being approximately 20,000 reviews, in CSV format.

The best path is to take a quick decision based on actual market data and to not lose precious time.

After several hours of compiling and cleaning the data to get insights, we finally ran the CSV through a service called GenderAPI. This service very simply reads the CSV to determine whether each reviewer is male or female.

Once we did this, we could see very clearly that the genre of 2048-like games is 71% male — not exactly the core audience for a cute cooking game. Furthermore, we could see that a disproportionate number of the game's reviews were coming from tier 2 and tier 3 markets. We killed the prototype.

The learnings here are that, while there may be a large number of intangibles to consider when going through the game development process, the best path is to take a quick decision based on actual market data and to not lose precious time.

It is possible to make very creative decisions and be guided by experience, intuition, and taste, but it is also necessary to validate those decisions with hard data and thorough research. And as Skunkworks is proving, this can be done cheaply and efficiently with freely-available data.

Skunkworks is a new type of game studio, specializing in reaching the underserved players that others have left behind. You can read more about us in my previous blog post, here.