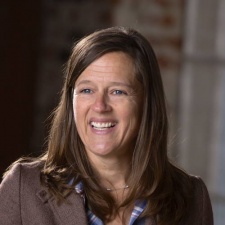 When the pandemic was officially declared in March 2020, the world braced itself for hard times. Many industries, including travel, hospitality, and retail, came to a staggering halt as governments issued shelter-in-place mandates across the globe. No one knew when or how this would end, with millions left to linger in uncertainty.

However, the pandemic revealed a different reality for game developers and advertisers. The gaming industry has remained largely insulated from the ebbs and flows of the market due to the pandemic and its impacts on broader society. As stores, gyms, and restaurants closed, gaming companies saw growth as people settled into their homes, turning to play as a primary mechanism of personal connection.

From playing with their siblings on the couch or with strangers across the globe, this increase in usage of games resulted in higher player acquisition, engagement, and revenue performance increases across the board. This continued to grow even as parts of the world emerged from shelter-in-place mandates.

Data released in June from Unity Technologies' COVID-19 gaming industry report tells us that gaming in 2020 is not just steady, but has experienced unprecedented effects of COVID-19 on its growth. Audiences once stigmatized as reclusive dudes living in their parents' basements, or middle-aged moms addicted to "Candy Crush" have emerged as a mainstream population spanning the globe, with proof that gamers are highly active, engaged, and action-orientated consumers ready to spend.

In the immediate weeks following the World Health Organization's pandemic declaration, mobile ad revenues increased by 59%. When you consider the fact that mobile ads in games are enjoying upwards of 18% conversion rates, it makes sense (and cents) that game developers and marketers are seeing more return on investment for their spend.

For decades, brands have spent $30, or $40, or even $80 on CPMs via a 30-second TV commercial that also costs millions of dollars to produce. In today's reality, brands are finding that they can develop highly interactive and immersive content for far lower costs, and actually reap the benefits of their spend with a far more engaged gaming audience.

The pandemic also gave birth to an incredible volume of "net-new" gamers. Since the WHO announcement, we've seen an increase of 46% in daily active users for high-definition gaming (consoles and PC), as well as a 17% increase in mobile gaming.

With engagement rates still at 10% above their traditional non-pandemic holiday levels, gaming has become a part of everyday life

When you look at these "pandemic players" (newbies to the world of gaming), the data shows that they converted into paying users 24% more often than new players during the same timeframe in 2019. Mobile gamers were also installing 84% more apps than before, with in-app purchase revenue surging to near 25%. Even without spending, mobile gamers also drove up ad impression rates by 57%.

While developers are well aware of the value of the gaming audience, non-game advertisers are waking up to the fact that even during the economic downturn the pandemic catalyzed, the number of gamers has grown. Gamers remain resilient, continue to spend - in-game, as well as interact with ads - at rates rivaling other mediums, including social and TV.

As some areas of the world emerge from pandemic lockdown, they do so with a new mantle as gamers. With engagement rates still at 10% above their traditional non-pandemic holiday levels, gaming has become a part of everyday life.

As we enter the second half of the fiscal year, advertising adaptation has been key to survival. Brands should take a cue from mobile game developers to strategically evolve their approach to recognize these new and changed consumer behaviors, and include gamers in their digital spends with a goal to drive return on investment with this action-oriented audience.