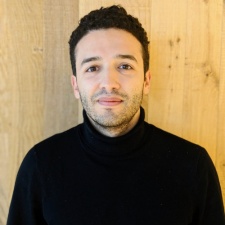 In 2020, gaming solidified its position as a key tenet of modern pop culture, as billions turned to the medium for entertainment and brief reprieves.

Mobile gaming stood out within the sector as the breakout star thanks to its accessibility and capabilities, but looking ahead, developers within the mobile market will need to prepare for the new challenges and trends on the horizon.

He has led a period of rapid expansion of AppGallery’s mobile gaming offering and seeks to continue to drive new business opportunities for the platform, bringing high-value, innovative mobile games to the market.

During his keynote at the annual White Nights Conference, Alex shared how mobile gaming has evolved into a form of mainstream entertainment in 2020, as well as his speculation for what lies ahead for the industry.

It cannot be stressed enough – the gaming industry is at the cusp of a revolution. Its popularity has skyrocketed by leaps and bounds in recent years, and over the course of last year, it cemented its place as a mainstay of modern entertainment.

The gaming industry generated around $180 billion in 2020, which represented a 19.6% year-over-year increase.

Mobile gaming has become a key industry driver, grossing a colossal US$ 86.3 billion in 2020, or 49% of global gaming revenue.

This growth is only expected to continue through to 2023 with a forecasted revenue of $217.9 billion. While this impressive development reflects all gaming segments, the most significant contributions have come from the mighty mobile sector.

Mobile gaming has become a key industry driver, grossing a colossal US$ 86.3 billion in 2020, or 49% of global gaming revenue.

The climb to the top has been facilitated by an ever-expanding population of 2.5 billion gamers who are willing to spend top bucks for their entertainment.

According to AppAnnie, mobile gaming drove 72% of spending in app stores last year, demonstrating its appeal among mobile users.

Mobile games and users are a match made in mobile heaven

The success of mobile gaming is not just a happenstance, there are two key factors for why the genre is such a hit – accessibility, and technological innovation.

The barriers to entry for mobile gaming are incredibly low on multiple levels. Most titles are designed for short bursts of play – perfect for the modern on-the-go lifestyle of users. In addition, an accelerating mobile penetration rate and increased smartphone usage, as well as the affordable ‘freemium’ model has also helped mobile users to embrace the platform.

Mobile gamers today also get to enjoy console-quality experience without the hefty price tags. This leap in quality is a result of the smartphone’s impressive hardware and equally important software integration, that maximise the device’s processing capability. When these advantages are juxtaposed against console gaming, it really underscores the appeal of the mobile platform.

Notably, mobile gaming is increasingly social, and this has boosted its popularity tremendously — particularly last year when it became the channel for social interactions, in addition to being a source of entertainment. As a result, millions of smartphone users experienced mobile gaming for the first time, creating growth for the platform.

With demand for apps and games still growing globally, and app habits not yet fully formed, game developers looking to capitalise on the lucrative market would do well to pay attention to several key industry trends from last year.

2020 saw a few industry changes that are set to upend the sector – including 5G adoption, growing competition from Asian developers, and increasing cross-licensed content collaboration.

The rollout of 5G started only last year, but many are already anticipating its impact on the industry. With its promises of multi-Gbps data speeds, ultra-low latency, and a wealth of other operational improvements, 5G will not only elevate gaming performance but also the app development process.

However, 5G is not a plug-and-play solution, so developers will need to start investing in their capabilities to leverage the new technology.

Mobile gaming industry leaders aren’t the western monolith that they once were.

Additionally, mobile gaming industry leaders aren’t the western monolith that they once were, with Asian developers making waves with many high-profile mobile game successes.

Furthermore, the top two grossing mobile games in 2020 – PUBG Mobile and Honor of Kings respectively – are from Tencent.

Japanese games, such as Monster Strike and Fate/Grand Order, are often commonplace in that exclusive list as well. The popularity of Asian developers and their games’ quality will only grow from here, and developers in the West looking to stay competitive can definitely benefit from integrating certain elements from Asian games into their own titles.

The entertainment industry is well aware of the lucrative mobile gaming market and is actively looking to break into it, intensifying the competition of an already oversaturated industry.

Simultaneously, popular mobile franchises are expanding their reach outside of the gaming industry – with notable examples including Angry Birds and its various spin-offs, and Fortnite’s collaboration with musicians.

This trend highlights how gaming developers are spoilt for lucrative opportunities – they can either look to spin-off their franchises or collaborate with non-gaming companies to support their debut in the market.

How Huawei and AppGallery can support developers moving forward

As the mobile gaming industry soared to new heights last year, so did app marketplaces globally − including AppGallery.

AppGallery is now home to more than 540 million monthly active users and 2.7 million developers across 170 countries.

The platform is now home to more than 540 million monthly active users and 2.7 million developers across 170 countries.

In 2020, AppGallery saw more than 384 billion apps distributed on the platform and grew its game offerings by five-fold. Moving ahead, it remains committed to offering unwavering support to developers across all areas – from providing cutting-edge technologies to marketing and overseas market expansion.

Huawei is also dedicated to the monetisation success of gaming developers, offering lucrative opportunities through its integrated advertising platform HUAWEI Ads. It provides advertisers and developers access to a full-service solution across all Huawei services, including AppGallery, Huawei Assistant, Petal Search, and more.

In addition, the service allows developers to track results using third-party trackers (AppsFlyer, Adjust and others), while offering its own set of monitoring tools for those interested. More importantly, the platform offers a favourable income-sharing model with an 80-20 split for the publishers, and the integration process can be finalised in a matter of hours allowing the developers to cut down on development cost.

As the industry continues to grow and evolve, Huawei will remain steadfast in its vision to offer an open, innovative app distribution platform that is accessible to all consumers.

The company will achieve this by being a strong ally to the gaming developer community – supporting through strong collaborative partnerships, enhanced development tools and an ever-expanding ecosystem and user base.