How can developers and publishers use the spike in games over the holiday period to drive greater revenue? N3TWORK offers some suggestions for a happy holiday season 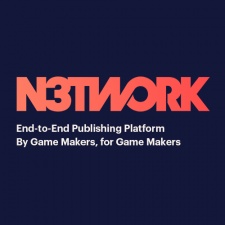 The holidays are upon us, and this is the perfect time to implement a few simple strategies to increase your mobile game revenue during one of the highest revenue and download periods of the year. Online sales over the holidays are on track to cross the $200 billion mark in 2021.

While this number isn't related to any specific industry, it’s important to note that the same purchasing behaviour and consumption patterns during the holiday season are also similar drivers behind global gaming downloads.

According to Facebook’s Gaming Playbook, mobile game downloads have spiked between October and January annually for the past five years. And this year will be no different.

Google Play Store downloads in particular experience a much larger spike during the fourth quarter (Q4) annually. With an ever-increasing number of players spending more time playing mobile games during the holiday season, this is prime time to push in-game revenue.

While that’s good news for mobile game developers and publishers, it comes as no surprise that user acquisition for those eyeballs (and fingers!) is fiercely competitive and more expensive throughout the holiday season.

Industry forecasts estimate a staggering 30 to 40 per cent spike in cost- per mile (CPM) between now and Christmas.

While these spikes are unavoidable, game developers can implement a few simple tactics to increase holiday revenue and complement their UA spend.

This is not a one-size-fits-all approach. Developers need to activate strategies and tactics that fit their games’ players, gameplay, and monetisation models. We have, however, found success in implementing a few simple tactics in the lead up to this year’s holiday season:

Putting items on sale is one of the easiest and most straightforward methods to increase revenue.

Putting items on sale is one of the easiest and most straightforward methods to increase revenue. However, just like overindulging in real life, sales can also end up flooding your game economy and leaving you with lower revenue in the long run.

A great way to turbocharge monetisation in December is to focus on special deals that drive players to engage more in your game, and in turn, create more demand for your hard currency. VIP programs, unique limited-time themed items, and even smart adjustments to existing in-app purchases (IAP) elements such as Piggy Banks can further engage existing players and generate a higher return on investment (ROI).

Here are a few examples:

This past Thanksgiving, we worked closely with our partner Idle Inn Tycoon to create a special, limited offer ‘Turkey Bank,’ to replace their popular Piggy Bank in-app purchase (IAP). We selected this specific IAP because:

Superstar Hockey’s Black Friday bundles are another example of how smart promotions can drive revenue and player engagement. They released bundled card packs offering three rewards, resulting in a 160 per cent increase in total revenue over the long weekend.

As simple as this may seem, integrating fun festive themes and dedicated holiday events into gameplay is a popular retention tool used by most game developers and publishers throughout the holiday season. It’s a great tactic to grow community engagement, retention, and has a direct correlation to revenue generation.

To supplement any holiday theme, it is worth updating your icon and maybe even your screenshots.

To supplement any holiday theme, it is worth updating your icon and maybe even your screenshots. This will help give existing players the indication that new content is in the game. Update your Google LiveOps cards and description with your content updates, and consider updating content and the LiveOps cards once a month to potentially have a higher chance of being noticed by Google Play’s feature team.

Similarly, Apple recently launched In-App Events, which you can apply within the Developer console and share your events with anyone who sees your landing page.

This past October in Legendary Game of Heroes, we hosted a month-long Halloween event where players worked together (in a cooperative Halloween gameplay mode) to unlock seasonal rewards and earn valuable heroes.

This play-to-earn feature rewarded daily logins which in turn led to strong re-engagement for lapsed players. This tactic not only created special purchase options within collective gameplay but also increased return on advertising spend (ROAS) by over 70 per cent and decreased cost-per-install (CPI) by more than 50 per cent.

Efficient budgeting and management of monetisation tactics during the expensive holiday season is vital. It is worth considering the following best practices in addition to your holiday efforts this coming December:

While there’s no concrete solution to avoid high CPM and CPI during the holidays, game developers can apply some simple last-minute tactics to hopefully boost year-end revenue.

While most game developers and publishers dread spikes in user acquisition (UA) costs throughout the holiday season, we’d advise developers to plan for an increase in UA spend in the more cost-effective post-holiday, Q1 timeframe.

For more information on how to scale and monetise your game, please visit N3TWORK.

A deep dive into CrazyLabs transparency