Five trends in 2022 to shape the mobile games industry 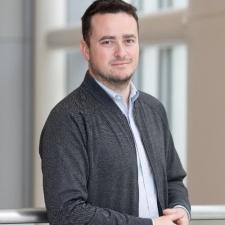 Yevgeny Peres is Vice President of Growth at ironSource.

From IPOs and iOS 14 to headline-grabbing legal battles and brand new business models, it’s safe to say 2021 was an eventful year for the gaming industry. As we look ahead into 2022, here are some of the major trends we expect will play out.

The hottest topic right now in the industry is the play-to-earn (P2E) business model, which some enthusiasts are calling the next major business model shift following pay-to-play and, most recently, free-to-play.

Based on blockchain technology, P2E games let players generate income from playing, and assets in the game can be resold or held by the player via a crypto wallet.

In typical free-to-play or pay-to-play games, players can spend money in the game to receive upgrades, progression boosts, character skins and so on that have no value outside of the game. Once the user churns out of the game, the money they spent cannot be taken out.

By contrast, the P2E model means players can buy or earn in-game items and resources and then trade or sell them on to other players. Time and money spent in the game can actually be recouped, being sold for cryptocurrency, which can then be converted into fiat money like pesos or dollars.

In fact, many players of Axie Infinity, developed by Sky Mavis, have created a meaningful source of income through this model, and significant investment is pouring into blockchain gaming companies from leading VC firms like Andreesen Horowitz.

We’re still in the early stages. There are still many unknowns and obstacles to overcome for blockchain gaming and P2E to achieve mass adoption but it’s expected this space will see plenty more innovation and investment in 2022.

2. Brand building will be king

With traditional UA getting more complicated, building a brand and a community will become even more critical for scaling installs and increasing user retention.

Brand building is not new but now we’ll see an increasing focus on it – we may see an increasing number of Community Manager positions opening up and more brand marketing campaigns, as developers try to compensate for new complexities in their performance marketing activity.

That could also mean we’ll see more gaming companies working with influencers, dedicating time to building online communities, and live streaming on platforms like YouTube or Twitch to interact directly with users and drive up engagement. Savvy developers have been doing this for some time already, and many more will realise the value of community building in the year to come.

What do Netflix, Snapchat, TikTok, Amazon, Google, and Apple all have in common? None of them are gaming-first companies, but all of them have tried to take a slice of the gaming pie in the last year or so.

Apple and Google have their subscription-based, all-you-can-eat libraries of mobile games on Apple Arcade and Google Play Pass respectively; Amazon released its games division's first hit in almost a decade with the MMO 'New World'; Netflix Games are now available on iOS devices globally, and TikTok and Snapchat are proving that social media apps can be great platforms for game makers to publish their games.

As more companies operating in the entertainment and 'attention economy' try finding ways to stand out, gain an edge, and retain users, we’ll likely see more companies trying to enter gaming in 2022.

Epic CEO Tim Sweeney has been very outspoken about what he deems Apple’s disproportionate control over developers, and called for a single, universal app store that works across all platforms without high commissions.

An outcome of the legal case is that Epic and any other developers now don't need to fork up 30 per cent to Apple, and instead can direct users to their own sites and collect payment there.

Google, meanwhile, announced that on January 1 2022, it will be “decreasing the service fee for all subscriptions on Google Play from 30 per cent to 15 per cent”.

The emerging tension between stores and those they serve was also evident in the PC games market. Steam, for example, banned blockchain technology from games on its platform and, in turn, NFTs. Epic Games, meanwhile, welcomes NFTs and cryptocurrencies in their PC games store.

In 2022, we’re likely to see more calls from developers for the largest app ecosystems to democratise the app economy, and maybe even new models of distribution emerging.

The metaverse has been a buzzword in the past year, and since Facebook’s re-branding the term has entered the mainstream. Although it’s still unclear what the metaverse will be and look like, essayist Matthew Ball gives the best indication. According to Ball, the metaverse will:

In 2022, we’ll see gaming and the metaverse become more intertwined. More innovative in-game experiences, like the concerts Fortnite has hosted; more brand activations in gaming worlds (Chipotle are leading the way so far, and Nike just launched ‘Nikeland’ in Roblox); more startups providing the infrastructure needed to develop the metaverse (for instance making uber-realistic digital avatars); more crypto and NFT developments and new ways of applying them in the metaverse; and investor money pouring into the space.

2022 could be the year that the fuzzy vision of a metaverse begins to solidify – definitely a space to watch.

The gaming industry grew exponentially over the last 5-10 years; numerous solutions emerged in the gametech ecosystem, from ad networks to measurement tools.

As the industry has matured over the last few years, we’ve seen increasing consolidation of these solutions, and a handful of giants have emerged, snapping up smaller companies to expand their offerings and become one-stop shops for mobile game companies to manage and grow their businesses.

Furthering the growth of the ecosystem, in the last year, ironSource went public and acquired Luna Labs, Soomla, Bidalgo, and Tapjoy; AppLovin acquired MoPub and Adjust, following the purchase of Machine Zone in 2020; meanwhile, Liftoff and Vungle merged and now have GameRefinery, AlgoLift, JetFuel, and TreSensa under their umbrella.