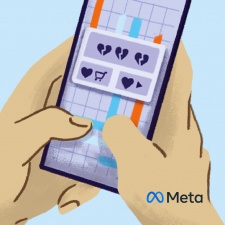 Mobile gaming is experiencing impressive growth and there's no shortage of game revenue going to publishers. In 2021, global mobile game revenues will grow to $90.7 billion, at over 4.4% year-on-year growth1.

The challenge is creating a balanced monetisation mix that balances in-app ads (IAA) and in-app purchases (IAP) in a way that supports player engagement, lifetime value (LTV), and retention – as well as revenue and growth.

The most successful publishers take a player-first mindset to guide their monetisation strategy.

Combining IAA and IAP has been prevalent already, but it's definitely the way things are going for the future

Across all genres, even hypercasual, it is increasing in popularity to combine in-app ads with in-app purchases. In the App Monetisation Industry Outlook by Meta Audience Network, Guillermo Escofet, Principal Analyst, Omdia, said: "Combining IAA and IAP has been prevalent already, but it's definitely the way things are going for the future."2

As you plan your monetisation strategy, be sure to consider the impact on gamer engagement as you add in-app purchases or ads to your game.

We recently interviewed Clement Xue, Head of Activision Blizzard Media, to better understand how the company thoughtfully integrates IAA and IAP in its games to create an engaging, transparent value exchange for players.

Activision Blizzard Media is a Meta Audience Network partner for games such as Candy Crush Saga, Farm Heroes Saga, Call of Duty: Mobile, and Crash Bandicoot On The Run.

Clement said: "We have found that our players who engage most with ads are also our most engaged players and that ads give them a slight boost when they are stuck on a level or are having difficulties making progress in the game."

He also commented on how a balanced game economy can lead to revenue gains. “We've also seen that ads can be a way for players to test and try rewards before actually making a purchase, thus driving up IAP.”3

When Zynga, another Meta Audience Network partner, introduced ads to its games, the monetisation team’s top priority was to provide the best possible player experience. A big part of this was preserving engagement, which is why they carefully consider entry points in the game design process.

In a recent case study, Dmitriy Makiyevskiy, Director of Ad Partnership and Operations at Zynga shared why it’s critical to integrate rewarded video in the game design: "This evokes a positive experience, one that benefits the user within the game, and also the brand that’s advertising in those placements. With the right entry point, rewarded video can also drive higher eCPMs."4

Clement feels similarly about the importance of integrating ads as early as possible, saying:

"Advertising needs to be integrated into the game during game design, alongside in-app purchases, so that there is a strong value proposition for players to watch ads or pay for IAP while ensuring that the economy is well balanced."

In another recent study, Activision Blizzard Media shared that it uses ads to help those stuck on a level or having difficulties making progress in the game. Rewarded video offers these players the choice to opt-in, which underscores the clear value exchange and creates a better user experience.

We run many iterations, to figure out the right balance that maximises player engagement as well as IAP and ad revenue.

It’s key to test which placements, formats and rewards are most effective for your audience. We recommend measuring player LTV, retention, and engagement.

"Alongside the game teams, we carefully monitor both IAP and ad metrics to ensure that we are continuing to drive strong IAP and user engagement," said Dmitriy.

"Obviously, this process takes a bit of time, but it ends up being all worthwhile. We run many iterations, to figure out the right balance that maximises player engagement as well as IAP and ad revenue. Each genre has its own benchmarks.”

Clement at Activision Blizzard Media also weighed in on the importance of testing from a player-centric standpoint.

“We leveraged extensive player testing and research to understand the placements, formats, and rewards that would resonate best with our players,” Clement said. "Our players have shown receptivity and openness to our in-game advertising experiences, which has translated to strong engagement, with 98% viewability and a 92% video completion rate."3.

Looking for more monetisation insights to grow your gaming app?