Meta’s Yuthida Donnelley, Strategic Partner Manager, delves into monetisation strategies for hyper/casual games, and what opportunities will arise from the evolution of the hybrid-casual genre 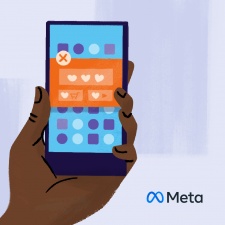 Hypercasual and casual publishers are exploring new ways to make the most of their mobile game earnings. With a 17 per cent in-app ad revenue growth in 2021 hypercasual titles (1), increased market maturation has resulted in fiercer competition for players (and eyeballs).

Let’s take a look at monetisation strategies you can test this year in your hypercasual and casual games.

Balanced monetisation is here to stay, as publishers continue to diversify app revenue with IAP (in-app purchases) and IAA (in-app ads). Of the top 200 highest-grossing Android games in North America, 58 per cent adopted a hybrid monetization model in 2020, up from 26 per cent in 2016, according to Newzoo (2).

Clement Xue, Head of Activision Blizzard Media, recently shared with us how the company thoughtfully integrates both IAA and IAP in its games to create a transparent value exchange for players.

“We have found that our players that engage most with ads are also our most engaged players and that ads give them a slight boost when they are having difficulties making progress in the game. Ads can also drive up IAP, by enabling players to test and try rewards before actually making a purchase,” Xue said in this video.

If you haven’t explored implementing a diversified monetisation model for hypercasual and casual, there’s no better time to do so. Leveraging IAA and IAP as foundational elements can help you scale beyond small in-game purchasing groups and increase ad exposure and player engagement.

Additionally, subscriptions can complement in-app purchases and ad revenue; this appeals to loyal players deeply engaged with the game.

As more hypercasual publishers integrate metagame features, they are seeing increased engagement and LTV. When players have more content to enjoy and goals to accomplish, publishers have more opportunities to increase revenue through in-app purchases and ads.

One of our publisher partners-–ironSource’s Supersonic Studios—shared that its team monetises most users with ads. Interestingly, they’ve found that some users are willing to pay a bit more to get virtual goods within the game. For example, they have tested offering a coin system in the game economy, increasing the pace of the game chapter, or giving avatars a different look/skin.

That said, be mindful that players don’t spend too much time on meta-game features that aren’t part of core gameplay, as it is what ultimately drives hybrid-casual engagement and monetisation.

Looking for more casual/hypercasual insights to build out your 2022 monetisation strategy?

Change is inevitable. The mobile games sector has never rested on its laurels, and navigating successful IAA and IAP on casual and hypercasual, and the influence of hybrid-casual, will demand insight and analysis. The Meta Audience Network Game App Monetization hub includes resources, case studies, and support options to help developers and publishers make the most of their titles.