DIY Keyboard reached the top five games charts in 70 countries. But this game never passed CPI according to Facebook KPIs - how did this game break the boundaries and come to life? 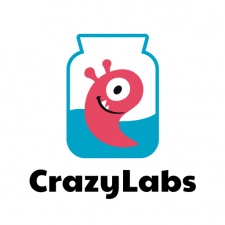 DIY Keyboard hit the top five spots in the games category in the US and in 69 other countries. This hypercasual hit has already crossed 20 million downloads and counting. But how does a game that never passed costs per install (CPI), according to CrazyLabs' Facebook key performance indicators (KIP), rise to the top of the charts?

Yoyes Technology (Fujian), the developers of DIY Keyboard, teamed up with CrazyLabs less than a year ago and started working closely with our Shanghai-based publishing team. While brainstorming with their Publishing Manager, they came up with a great concept for a game: design your own keyboard. This theme was spot-on, since they could utilise their creative and artistic abilities, and combine it with CrazyLabs extensive knowledge in simulation games.

In DIY Keyboard, players can use various materials to create uniquely shaped and colored keys for computer keyboards. It’s a simple and clean simulation hypercasual game in which players can showcase their creativity and create delicate, customisable keys. Using swerve and draw mechanics, which are popular in simulation games, the studio created a highly playable and replayable game. Players immediately know what to do and enjoy the satisfaction of creating a one-of-a-kind keyboard key.

The initial test on Facebook indicated there is potential in terms of marketability, but unfortunately, it didn’t pass CrazyLabs CPI KPIs, which meant it may be problematic later on in terms of scale. While other top publishers may decide to kill the game solely based on the results on Facebook, CrazyLabs also tests on TikTok and Snap, in order to make sure we don’t skip on any potential game.

The game passed CPI on TikTok and got $0.12, which reaffirmed it has what it takes to become profitable. The team started to work tirelessly to create a full game that can be scaled and launched worldwide, and joined forces with the game product team in order to create a build for full launch.

Noam Tobias, game product owner at CrazyLabs, said: "Yoyes created a really wonderful game with various options and great content. As such, I was focused on optimising the experience rather than creating new features. We analysed the data from the first few levels and made smart data-driven decisions to improve the user experience.

"By giving players what they like most in the game, we increased usage and retention, which generated more revenues. Sometimes, even minor changes inside the levels can have a significant impact."

Tobias continued: "You start by cutting off the fat and trimming where there is an excess. We realised the levels are too long on one hand, with too little activity and creativity for the player on the other. We removed technical parts, shortened some of the animations, and made sure players remain inside the level because they are active, not because they’re waiting for something to happen

"The studio was unbelievably fast and geniously creative. The time difference became an advantage, and all of that combined helped us finish the tasks much quicker than expected."

In the video example above, instead of asking the player to tap, the level continues automatically to the satisfying moment of placing the newly-designed key back in the keyboard.

A shorter level - instead of showing the entire process, it was first reduced to pouring and mixing, and then switched to a ready mix you pour straight to the mold.

Next, we checked which features are favored inside the game. Together with analysts, the studio implemented events that helped track the players’ preferences and performance inside the different levels. The A/B tests results showed that while the keys in the keyboard are made with different design techniques, the players clearly prefer one over the other. We switched the order and that immediately shot the numbers up. We also reworked the design techniques that were less favoured and improved the ones that were not creative enough.

But we still needed the players to choose the more engaging option without compromising the idea of DIY Keyboard: allowing players to create beautifully-designed and customised keyboards. In order to encourage them to choose a more engaging design technique, we started every level with a client coming in and asking for keys with that specific design technique. This addition created a positive nudge in the right direction, and convinced the players to choose the technique that can enhance their game experience, making it much more fun. This change led to a 30 per cent(!) increase in the revenue per user.

Congratulations to Yoyes for DIY Keyboard’s success and for their new title climbing the charts, DIY Joystick. We look forward to working together on many more successful games.

DIY Keyboard is available for download on the App Store and Google Play.