ironSource: Creative is critical to every element of your mobile games business

ironSource's Adam Stevens details how vital creative talent is to every part of the games industry, focusing on user acquisition 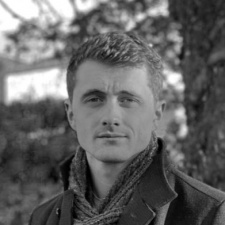 Adam is the Chief Product Officer and Co-founder at Luna Labs. He’s been working with app developers for the past eight years, which began during his time at Google AdMob. Before joining Luna, he was the Technical Program Manager and Product Lead for the Facebook Audience Network SDK. Now, he oversees product strategy and development at the company.

Adam Stevens is vice president of product at ironSource.

Today, releasing a mobile game based on strong development and collaboration between art and development is table stakes. Without a plan for growth through UA, a game will likely remain in the shadows and, without good creatives, will struggle to scale effectively. But while every individual team must do their part to check all boxes – from development to growth – collaboration and communication between teams is often overlooked; leading to a general slow-down in learning, iterating, and scale.

One key example of the improvements made with communication is how the creative team can be embedded into your game development and UA processes. As more mobile game studios are beginning to prioritise creatives as the single most impactful lever to scale and optimise their UA, this has become increasingly important.

Here’s how to hire creative talent that fosters the production of winning creatives:

When working in such a fast-moving market, quick ideation is critical if the creative team is to stay ahead. The more creatives you can test, the higher the chance of finding a winning creative and unlocking new growth for your game. Your creative team needs to be a sponge – researching creatives and absorbing concepts from other games, fueling a perpetual ‘ideas radar’.

At the end of the day, it all comes down to hiring curious people. Look for people who ask “why” about creatives and not just the practicalities of their job, for a sign that they possess the curiosity needed to thrive in a creative team.

In a market where small changes can bring huge results in performance, paying close attention to the data is crucial, and should drive every thinking process – and that includes the designers and animators. It’s hugely important that the creative and UA teams work closely together, and for this to work out, your creative team will need to embrace numbers.

It’s equally important to partner with a creative solution that provides easy access to all your ads’ data, so that your team can understand what levels your users like, which audiences preferred what, and what part of the ad needs to be optimised, and iterate accordingly.

It’s not about hiring people who are experts in multiple fields but rather those who, on top of their existing expertise, have a solid grasp of other roles in the studio. This is really helpful to increase the pace of production, since multi-disciplinary types can act on more items independently rather than relying on someone else for every small task outside of their immediate area. Fewer handovers equals less time.

With the right people in place in your creative team, it’s then crucial to encourage an atmosphere of collaboration. Here’s how and why.

Picture two scenarios. In one, the creative team works in a silo, handing off a selection of ads for the UA manager to run on a variety of channels and analyse – waiting for feedback on the ads’ performance.

In the second, the creative team sits with the UA manager to understand what they hope to learn from the next batch of creatives, identify which key performance drivers are best to implement, and decide on what in-game features to tag, together.

By increasing transparency between the two teams, they get clarity on what they need to track and how they should capitalise on their learnings to improve performance. This additionally sets every UA campaign off on the right foot with a better structure and higher level of organisation.

Another key partnership is when the creative team and the product team are in sync and work side by side. When this happens, they can improve both the creatives and the game play itself. For the creative team, they can provide feedback on what features – such as colour, tutorial, or character – or mechanics performed well in ads, allowing the product team to A/B test these winning elements in the build to see if they improve in-game metrics, such as retention and playtime.

On the flip side, the product team can utilise the ads as an opportunity to test a potential feature before adding it to the build. If the feature performs well based on in-ad KPIs like engagement rate, user dropoff, and completion rate, they can integrate it.

Instead of building the feature into the game immediately without having data to back up the decision, first testing a concept in creatives saves the product team valuable time and resources. Collaboration between the product and creative teams is a win-win.

Collaboration isn’t a mechanical action that can be forced on people, but it is always easier said than done. To promote true openness and transparency within your studio, encourage teams to share with each other – sharing wins, learnings, and equally failures is an important feedback loop.

One way to start is by getting all the teams together to meet on a monthly basis. Alternatively, you can get each team lead to share a weekly email update, ensuring that everyone across the board gets visibility into how each stage of the creative process is progressing.

Cross-team collaboration inspires new concepts and helps generate suggestions for optimising processes, including creative performance. And as we all know, the more involved you are in something, the more invested you become and therefore more likely to care about its success. So as people get involved with ideating, giving constructive feedback, and suggesting iterations, it improves buy-in.

With automated UA tools handling a lot of the day-to-day work, and as the mobile industry adapts to changes such as privacy updates, changing how to track UA performance, creatives have become one of the most important levers studios can pull to optimise UA campaigns.

Prioritising your creative production is more important now than ever. This begins by hiring wisely in the first place, to create the strongest team possible, and then by integrating your creative team seamlessly with other teams to break down the black boxes of performance between them. This will help ensure the workflow is collaborative, efficient, and seamless to yield high-performing assets.