Fundamentally Games' Glyn Fairweather looks at one of the most infamous examples of early in-game monetisation, Elder Scrolls Oblivion's Horse Armour, understanding value, and how to exchange it with your players 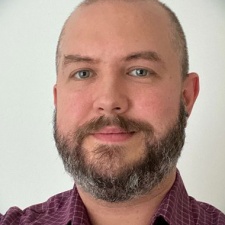 The industry has come a long way since 2006. Nowadays, we don’t really blink at F2P models or hybrid monetisation. It’s the norm to develop entire games systems and mechanics to feed into the monetisation of a game – especially in F2P titles.

But whenever the monetisation strategy of a game is met with resistance, someone will bring up the dreaded Horse Armour.

While Microsoft had experimented with microtransactions in their first-party titles on Xbox, it wasn’t until April 3 2006 that a third-party developer became keen to test Microsoft’s thesis that their microtransaction system would provide a profitable new revenue stream to publishers.

Bethesda Games released their first plug-in: Horse Armour (DLC1) for the game Elder Scrolls: Oblivion. This DLC included a simple quest and cosmetic that added high-level themed Armour to your horse. The content was release on both PC and Xbox360, priced at 200 Microsoft Points (MSP) with a real world value of $2.50.

If you only listened to players, and looked at the memes – you would think it was an outrageous failure. But the DLC sold at scale, and continued to sell for a decade.

If you only listened to players, and looked at the memes – you would think it was an outrageous failure

What was so bad about Horse Armour?

A large part of the controversy stemmed in part from the pricing, due to the perception that the item was lacking in both intrinsic and extrinsic value. It was assumed to confer little benefit in game – being 99 per cent cosmetic (although it did in fact increase the horse’s HP) and had no extrinsic value because you couldn’t show it off, unlike avatar items on the Xbox 360 Dashboard, which were high in extrinsic value because your friends could inspect them.

Another factor for the controversy was that Bethesda were the first mover. They were doing something outside of the norms of game monetisation. Console audiences at the time had a fixed belief that when you buy the disc, you get the game. Paid DLC, expansions, season passes, battle pass, and F2P monetisation structures were still waiting to be discovered as monetisation vectors. They took a risk, and paid a PR based price.

Why did players buy it?

Despite the reactions from many players, Horse Armour remained one of the top selling items for Oblivion long after its release. Ranking below the Shivering Isles expansion but above the Fighter’s Strong Hold DLC, this content was a financial success.

Some of this is due to pricing: 200MSP was not an unreasonable price for items on the Xbox 360 store. If you didn’t want an in-game item or DLC, you could spend the points on avatar items. Most shirts and hats were around 80MSP but props like weapons tended to cost over 300MSP.

People bought Horse Armour for a number of reasons and were, according to Todd Howard, still buying it a decade later. Many purchased it simply because it looked good, others for completionism, and some because they had it on a previous generation release of the game and wanted it on the new version. But it was also just reasonable value-exchange, considering that a wallpaper for the Xbox360 dashboard could cost as much or more.

Horse armour is a curious case, as based on sales, it was the right item for the customer; at a price they were willing to pay. Yet in terms of player sentiment, it continues to be vilified and consigned to history as the GOAT microtransaction meme.

What did we learn?

The biggest thing is that Horse Armor did not fail financially. A segment of the player base was very happy to consume that content, even if releasing it did result in a bloodied nose for the team. Bethesda planted a tree in whose shade the company would not sit in for another 13 years, with 2019's Elder Scrolls: Blades.

In those years, the industry’s approach to monetisation moved on, and player attitudes steadily evolved over time. New financial models have been tested, rejected, or improved to the point where in 2022, triple-A games can release with a F2P strategy and reach millions of players. Games have never been more accessible to such a broad audience.

But what if only players likely to buy an item saw that it was available? The right item in front of the right customer. This is the heart of targeting, which is something the industry has become much better at as tools and marketplaces have advanced since 2006. We can use telemetry to understand behaviours of players, group them into cohorts, and market to them differently.

The other gain was an understanding of value proposition. Targeting is great but combine that with actually giving players content that they desire and agree is a fair exchange for the price and you are onto something big. A player who feels that an exchange is fair, or in their favour, is more likely to convert to a spender, and repeat spend in the future.

The number one selling DLC for Oblivion was Wizard’s Tower (DLC3) costing 150MSP, which added a new quest and new structure to the world, acting as upgradeable player housing/storage. This was a better seller than the official game expansion, Shivering Isles, which cost 2,600MSP and contained multiple new quests, zones, items, and creatures. The low price point of DLC3 was certainly part of its great success, offering more content for MSP than Horse Armour.

Most importantly, we learnt that there is not one way to make a game financially successful.

The risks taken in those early days helped to shape the breadth of viable monetisation strategies and hybrid vectors that we can now apply when designing games whether for mobile, PC, or console.

Five tips for getting the value exchange right

Your game is unique, and the context of the aesthetics, systems, and gameplay must be considered before you can seek to monetise it. For too long, the default monetisation mindset has been “sell cosmetics”.

Don’t misunderstand me. In a game where cosmetics have value: SELL COSMETICS. But not every game can attribute value to cosmetics. Likewise, the number one reason players spend on mobile is to save time. If there is little to no grind in your game, then you won’t be able to monetise that vector. Take stock of your game and establish what you think is valuable.

You know what is valuable in your game from a design perspective. But what does your player see as valuable? Aligning these two elements will help you lock in your strategy.

Are your players competing based on skill or power? Are they interested in displaying status? Is the game social? What does your player care about, and how can you align that with the strengths of your design? What are your players behaviours in the game? Do they play long sessions, or in short bursts? With friends or random queue?

Fortnite does not sell power, because players compete on skill. Instead, it sells status via expensive and rare cosmetics. The game leverages the players' desire to play multiple games per session by giving cosmetics via the battlepass.

When looking at your game, you can break potential monetizable content down into types and forms of utility. There are four major types:

Knowing what types you have in the game allows you to then approach the way you monetise them via FORMS of utility:

If you are working on a multiplayer racing game, you might have different car parts (strategy) or paint jobs (social) that players can acquire. Buying an upgrade for the Noz tank (strategy+capacity) or neon underlighting (social+aspiration) are things players are likely to be interested in.

If you know what your game has to offer, what players see value in, and you have a clear view of the utility that you can monetise, then the next step is assessing the exchanges. Exchanges take a few shapes:

Grind exchanges the player’s time with things such as soft currency or XP.

An anchor is an exchange that a player cannot make directly. It can only be earned through engagement with specific features. For example, a VIP system might be purchased via tokens earned through normal play.

Each of these exchanges can be turned into a structure for monetisation. For example, the majority of build and battle games rely on a combination of Grind+Resource exchanges. This is why players will often spend on boosts/skips. The games have been designed so that efficiency requires spend. All events and rewards in the games consider this, and competitiveness between top guilds drives the rate at which players need to monetise – like an arms race.

Understanding the exchanges a player makes in your game, and the types and forms of utility you can offer, allows you to seek mutually beneficial exchanges with your player.

The reason we seek mutually beneficial exchanges is because we don’t just want players to convert, but we want them to feel good about their exchange, and repeat spend over their player lifetime.

Depending on the platform, the three major vectors are IAP/DLC, subscription, and ad revenue. Where possible, diversifying and having a hybrid approach is recommended.

Focusing on ad revenue, I am a big proponent of Rewarded Ads over Interstitials. This is for two reasons:

This isn’t to say that there is no place or no reason for using interstitials – many games do, and place them at smart break points that fit with a player’s routine. But they are still not giving the user any benefit.

The last thing to consider with mutual exchanges is foreshadowing. By giving players small tastes of utility, we have demonstrated the value of the utility. This has been shown to improve the likelihood of a user converting to a spender as they know what they are getting for their money and can assess the exchange.

What is the best strategy to effectively connect gameplay and monetisation?

Living Price and Promotion: Designing your live ops around what players actually value