The video game curse may finally have been broken, but mobile gaming is at risk of being left behind 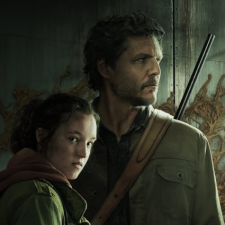 Despite being the most profitable arm of the entertainment sector, gaming has often struggled to translate itself to other mediums. Past attempts have been lacking, leading to what some call the “Video Game Curse” as such attempts have often been widely derided by audiences. While some, such as the Resident Evil series, have gone on to spawn massively successful film franchises regardless of critical success, far more adaptations have failed to engage either new audiences or existing ones.

However, it appears that the curse has been lifted. The critically adored The Last of Us debuted on HBO last night and currently sits at an admirable 99 percent on Rotten Tomatoes, and many games such as Silent Hill 2, Horizon Forbidden West, and Ghost of Tsushima have adaptations in the works.

Ultimately, gaming is an interactive medium, and arguably the only truly interactive form of entertainment there is. While we may cheer loudly at the results of a sports match, the viewer has no direct input into the events on-screen, whereas in video games players either have to earn story progression or even, in some cases, alter the direction of the story.

From a business perspective, adapting one story into another form doesn’t just act as a means to increase revenue – both the original and its adaptation can rely on ambient user acquisition, something mobile gaming would be wise to consider.

While mobile gaming has seen several high-profile adaptations, including movies and even game shows, there’s a noticeable lag. Despite being the most profitable branch of the industry, many of the top-grossing and most downloaded mobile titles are casual or hypercasual games which tend to eschew storytelling, as such they’re often not the first games that come to mind when discussing the potential of translating them into another medium.

One key reason for this is, ironically, the reason that so many game adaptations have failed: many mobile games have relatively light stories, which don’t necessarily jump out to consumers as having the potential for a big or small screen adaptation. This offers greater opportunity to expand the storyline, compared to other titles which may require significant aspects of the storyline be cut out. The upcoming film adaptation of Ghost of Tsushima, for example, will have to cut significant portions of the storyline in order to fit a 25 hour campaign into two hours. In contrast, mobile games – especially free-to-play titles – offer plenty of opportunity to expand a story.

Angry Birds is perhaps the king of the adaptation, as far as mobile gaming goes. The franchise has spawned two films grossing a combined total of over $500 million, as well as five animated series’ and even several theme park attractions worldwide, including in the UK, Finland, and Florida. The lack of focus lets it succeed where few other video game franchises have, as more cinematic options fail to translate themselves effectively into another medium.

Ultimately, video games are a different beast than films or television, with unique narrative conventions. While AAA games may feature in-depth storytelling and standout set pieces, it can be difficult to translate them into a new format while still pleasing fans. In contrast, mobile games offer the opportunity to expand on a story, rather than detracting from it.

Of course, an adaptation is hardly a guarantee of success. Even adaptations based on bestselling titles have failed, whether they attempt to carve their own path or stick as close to the source as possible. For every The Last of Us, there are dozens of Silent Hill: Revelation’s. However, mobile gaming represents a largely untapped vein of revenue, should Hollywood take notice.

Sequels Vs Updates: Start again? Or stick with what works?