Gameloft was the best mobile games publisher of 2008 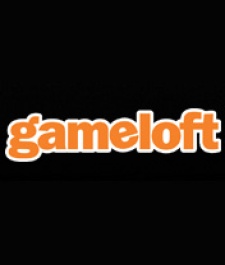 January 6th, 2009 - 04:03pm
By Stuart Dredge, Contributing Editor
Gameloft was the publisher making the consistently highest quality mobile games in 2008, according to the PocketGamer.biz Quality Index.

Gameloft scored an average of 7.95 out of 10 across 145 reviews of its games. In second place was EA Mobile, with a 7.68 average from 102 reviews. Making up the top five were RealArcade, Digital Chocolate and I-play.

It's not good news for Capcom, which takes bottom spot in the chart with a 6.51 average. However, the caveat is that since the very worst mobile games don't tend to get reviewed, this isn't suggesting that Capcom is the worst mobile games publisher.

The full chart is below:

To qualify, publishers had to have at least 20 reviews of their products during 2008 as a whole (this is based on the minimum of five reviews to qualify for our Quarterly Index). We've gone back through our Q1, Q2 and Q3 data with a fine toothed comb to make sure every game was attributed to the right publisher.

It's worth sparing a thought for Fishlabs, whose average of 8.73 would have put them at the top of the chart, but it was based on only 15 reviews. Still, the minimum entry barrier worked in their favour at other times, allowing them to scoop the Quarterly title in both Q3 and Q4.

To see the publisher rankings for Q4 2008, click here. We've also published our chart of the best mobile games for 2008, and outlined the most disappointing titles.