And it's good news for ngmoco on the publishing side 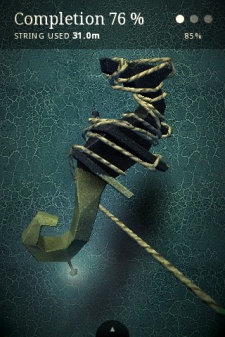 April 17th, 2009 - 05:48pm
By Stuart Dredge, Contributing Editor
Zen Bound was the best iPhone game of Q1, according to the review sites surveyed by PocketGamer.biz for our latest quarterly Quality Index.

The game, which was published by Chillingo and developed by Secret Exit, scored an astounding average score of 9.75 out of 10 in the six reviews on the sites included in the survey.

It was joined in the over-9s club by Mobigame's EDGE and Rake In Grass's Archibald's Adventures.

To qualify for inclusion, games had to be reviewed on at least three of sites listed at the bottom of this story.

The Top 20 games are as follows:


Meanwhile, we have also calculated a publishers index for Q1, based on iPhone game reviews on the covered sites.

It's good news for ngmoco, which comes top of the list with a healthy average rating of 8.38 from 12 reviews, followed by Gameloft and EA Mobile.

To qualify for this chart, publishers had to have had eight or more reviews during Q1 on the sites covered, from two or more different games. The full chart is:

(If you're wondering what Konami did wrong, well, Metal Gear Solid Touch was reviewed lots, and fairly negatively).

UPDATE: The tables have now been amended to reflect the fact that Chillingo was the publisher of Zen Bound, which has moved it up one place in the publisher rankings.

The iPhone Quality Index will be published every quarter in 2009, and the games element will roll over to ensure games aren't penalised that are released on the cusp of two quarters. So, the games index published in three months' time will cover both Q1 and Q2, rather than simply Q2.

We will be adding other review sites next time round, and backfilling to ensure their reviews for Q1 are included.

Get more expert analysis from the PocketGamer.Biz Mobile Game Trends ReportPut together by the expert analysts and journalists at PocketGamer.Biz the report includes analysis of key financial data and publisher performance in Q1, special reports on social media and Android, a guide to iPhone game marketing and a look ahead key trends, events and launches in 2009.

For more information and details on how to reserve your copy click here.