Nokia leads smartphone market, but iPhone on the rise 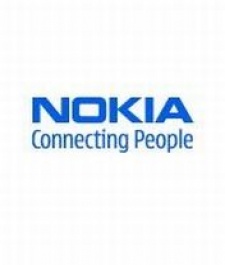 February 2nd, 2010 - 06:23pm
By Keith Andrew
It'll no doubt come as a surprise to many that, despite all the hype surrounding iPhone, Nokia remains the global smartphone market leader, with a resolute 39 per cent share of the market.

That's according to a report published by Strategy Analytics, the research firm claiming that 53 million smartphone handsets were sold globally in Q4 2009 - up 30 per cent on the same period the previous year.

Nokia sold 20.8 million smartphone handsets over the quarter, which represents a rise of 38 per cent. Such figures put the Finnish firm easily ahead of BlackBerry manufacturer RIM, which shifted 10.7 million smartphones in the same period.

Apple currently holds third place in the market, iPhone outgrowing its rivals with sales having risen by 30 per cent to just under 9 million across the quarter.

Indeed, despite the ever increasing number of players in the smartphone market - the report itself warning that new, more competitively priced handsets from rival manufacturers may well hit the big three hard in 2010 - Nokia, RIM, and Apple all managed to increase their sales over the quarter.

Such good fortune is as a result of the overall expansion of the market, rather than companies stealing market share off from each other. That's a set-up Strategy Analytics doesn't see holding for all too long.

"The smartphone market will become ultra competitive in 2010," Strategy Analytics director Neil Mawston said of the report. "Samsung and LG have ambitious plans to grow volumes and expand their app stores, while emerging players like Dell and Huawei are strengthening their device portfolios and courting major operators."

Nevertheless, Apple still represents the greatest threat to Nokia's current dominance for many. Speculation that AT&T is to lose its exclusive iPhone license in the States later in the year has fuelled the notion of a 2010 sales boom, Verizon remaining the most likely carrier to expand its userbase.