Smartphone app market predicted to surge to $15.6 billion by 2013 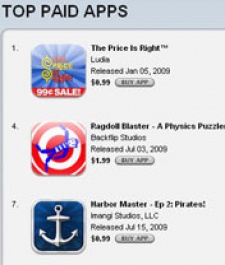 March 5th, 2010 - 05:00pm
By Keith Andrew
Given the current prevalence towards smartphones, research2guidance's claim that the yearly revenues generated by app sales on the devices will rise from $1.94 billion to $15.65 billion by 2013 seems fairly logical, if hard to tally in terms of exact figures.

The foundation of the growth is that the research and consultancy firm predicts the global smartphone userbase will increase tenfold over the next four years.

As a result, research2guidance believes the expanding smartphone market will drive a similar upward trend in app sales over in the same period.

Carriers, manufacturers and OS developers will all contribute, each helping to promote the app culture currently fostered by iPhone, Android and BlackBerry with the additional of bada, Windows Mobile and the other various fragmented operators, ODM and off-portal stores. 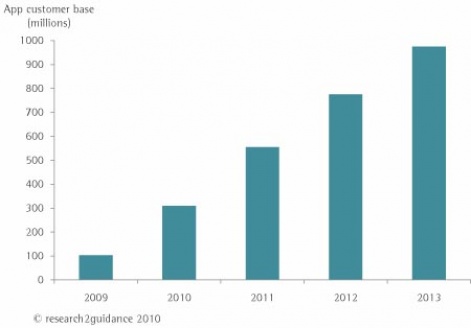 "The application market's growth is driven by the widespread push of advanced handset capabilities by the mobile industry and the increasingly-connected global consumer base," the firm states on its website.

"This trend will continue, seeing global smartphone users numbering 970 million by the end of 2013."

Research2guidance's conclusions form part of the firm's most recent report, titled Global Smartphone Application Market Report 2010, which is available for download in full for 1,890.

Market shifting towards niche app stores as number doubles to 50 in 2011, reckons research2guidance

Should you be making weather apps? Report says, on average, they make four times more than games on Android

Unstructured data suggests the average number of downloads per app on Ovi Store is 2.5 times more than an app on App Store