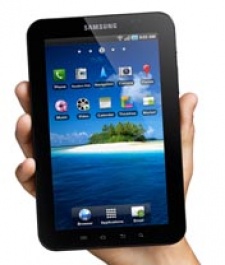 February 1st, 2011 - 04:00am
By Keith Andrew
There's a fair chance someone within Samsung's PR department is pulling their hair out right now.

In the space of a few hours, the Korean firm has managed to do itself out a slew of positive headlines by admitting that sales of Galaxy Tab weren't as high as the firm previously reported.

In fact, VP Lee Young-hee has gone on record to suggest that the number of consumers who have actually purchased the tablet is likely to be far fewer than the 2 million figure Samsung cited at the end of January  now revealed to refer to shipments, rather than sales.

Young-hee's declaration comes after Strategy Analytics had estimated that Galaxy Tab had caused Android to mop up 21.6 percent of the tablet market in Q4 2010.

It's appearance on the market knocked Apple's share down from 95.5 percent in Q3 2010 to 75.3 percent in the most recent quarter.

Though iPad shipments rose from one quarter to the next  Apple shipping 7.3 million iPads to retail in Q4 2010 - Strategy Analytics claimed Samsung's device had been able to foster itself a healthy market share within just one quarter.

The shipments shuffleIt's a statement commentators are now rubbishing, thanks to Young-hee's clarification.

Made via an earnings call with analysts, Young-hee stated Galaxy Tab's sales to consumers in Q4 2010 had actually fallen below the company's expectations.

"As you heard, our sell-in was quite aggressive and this first quarterly result was quite, you know, fourth quarter unit [figure] was around two million," Young-hee said.

"Then, in terms of sell-out, we also believe it was quite small. We believe, as the introduction of new device, it was required to have consumers invest in the device. So therefore, even though sell-out wasn't as fast as we expected, we still believe sell-out was quite okay."

There's a fair chance a portion of Young-hee's intent has been lost in translation, but in truth, the news has no real impact on Strategy Analytic's assessment on the market, given the research firm's figures are already based on shipment numbers, rather than straight sales.