At 3 times the average price, top 300 apps on Mac Store generate half the revenue of iPad apps

March 18th, 2011 - 02:48pm
By Keith Andrew
At every stage in any digital marketplace's lifetime, its numbers inevitably gets compared with those fostered by the App Store.

In the Mac App Store's case, however, such comparisons are logical, given the platform is riding the coattails of its big brother's success.

Still, it's hard to determine where the platform sits right now, with some indicators highlighted by Distimo's latest report suggesting it's serving as a valid market for developers, while others pitch it as a marketplace still on the fringe.

The headline figure is that, two months into its life, the top 300 apps on the Mac App Store generate around half the revenue on average that the equivalent apps on the App Store for iPad bring in. 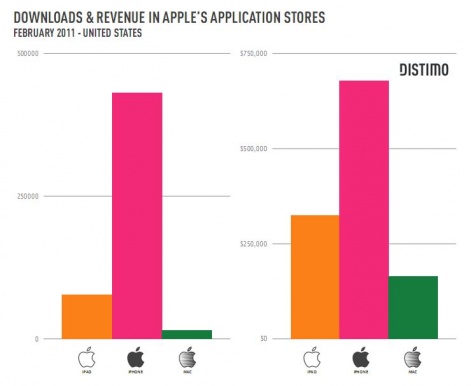 That's nothing to be sniffed at, but when you consider the average price of a Mac App Store title is three times higher than those on iPad, the market suddenly appears somewhat less active.

Growth is also trailing. Distimo claims there are now 2,225 apps available for download. That compares to the 8,099 titles iPad had generated at the same period in its lifetime. 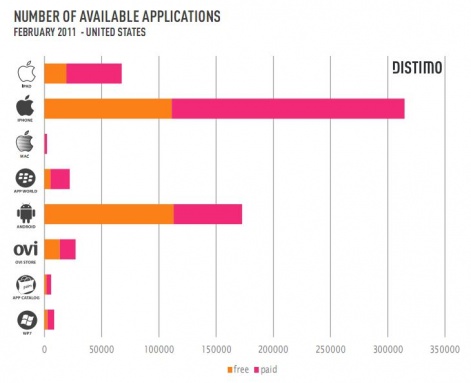 The main difference is, of course, that the Mac App Store exists outside Apple's iOS ecosystem.

It's an entirely different entity for consumers and developers, and while it was likely inspired by the success enjoyed by the App Store, the nature of its business and the relative costs involved with buying a Mac means it was never likely to mirror its ascent to the letter.

There's still a market for games developers to take advantage, however. Distimo claims 646 games in all  29 percent of the platform's output  are already on board, accounting for 39 percent of the most popular titles.