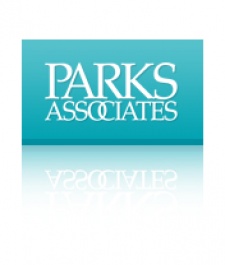 February 8th, 2012 - 01:08pm
By Matt Sakuraoka-Gilman
The fact a vast number of readers clicking on this story will have done so via a smartphone or tablet serves to prove just how quickly the mobile sector has expanded in recent years.

As a result, it's hardly surprising that the number of apps  and, in particular, games  users are engaging with on such devices has been rising accordingly.

A study from research firm Parks Associates claims the share of US consumers downloading games to smartphones and tablets has grown in tandem with the number of devices in the market, jumping from 7 percent in 2008 to 18 percent in 2011.

Park believes this growth, coupled with the rise of the freemium model, will drive app revenue in future years.

"Already, most of the top grossing games on iTunes and Android can be downloaded for free and generate the majority of their revenues via virtual purchases.

"While mobile players are often characterised as 'casual gamers,' they spend a comparable amount of money on free-to-play titles as their peers spend on console games."

The study also found that, among tablet owners, 71 percent of adults and 79 percent of teenagers play games for at least one hour a month.

Angry Birds and co. more than double number of older gamers since 2007