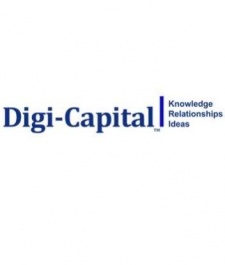 Its figures suggest that while the social gaming market is entering a period of consolidation, the mobile market will continue to attract investment throughout 2012.

The report states that 2011 was a record year for games investment, with 152 transactions generating $2 billion transaction value. The average transaction was $13 million.

In terms of mergers and acquisitions, 2011 saw 113 transactions, totalling $3.4 billion. The average deal was $30 million.

That reduction in average transaction value stems from a decline in the social and casual sector, as the venture capital market "appears to have slowed down its frenetic pace of social games investment from 2011."

Even social studios which attract high numbers of daily active users are struggling in terms of revenue and/or profitability, according to Digi-Capital's analysis of the top 50 Facebook games companies.

This, the report claims, is prompting consolidation in the social games market, and 2012 "could be shaping up as a bumper year for games mergers and acquisitions" as companies look to sell themselves.

Coupled with Zynga's recent $180 million acquisition of OMGPOP, this could lead to a change in 'operation investment dynamics' in social games, as companies attempt to churn out big hits in the hopes of being acquired at a similarly high cost. 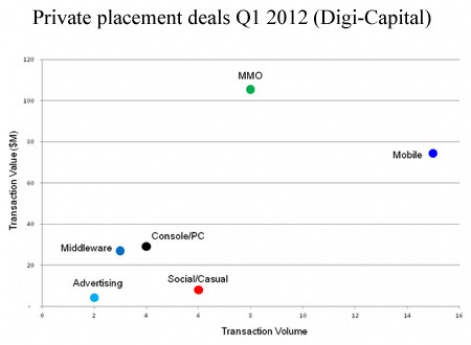 Meanwhile, mobile games, and mobile-social game companies in particular, are continuing to attract investment even as the wider social market moves into a period of consolidation.

In fact, in Q1 2012, mobile and MMOs have dominated in terms of investment, and mobile "could continue to be a driving force for games investment through 2012."