Complex HTML5 games may not run on smartphones, claims Spaceport

Runs 6 to 10 times slower than laptops 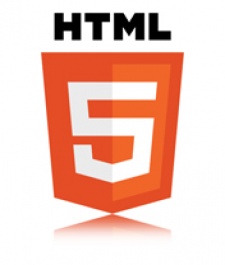 May 22nd, 2012 - 05:00pm
By James Nouch, Staff Writer
Spaceport has published the second round of its PerfMarks reports - a series of studies designed to assess the current state of HTML5 technology on mobile.

The latest results compare the ability of laptops and smartphones to animate image movement using the language, with the results suggesting mobiles currently lag behind their larger cousins by some distance.

Indeed, Spaceport claims HTML5 runs at least six to ten times slower on a smartphone than on a modern laptop. In some of the worst cases, the firm reports laptops can run the standard up to a 100 times better than mobile handsets.

Spaceport's tests pitted a MacBook Pro running OSX against a range of iOS and Android smartphones.

The report's findings have led Spaceport to question the future of the standard on mobile, concluding the report "casts doubt on the notion of today's smartphones supporting more complex HTML5 games."

For example, the fastest iOS device recorded was the iPhone 4S, though even this was six times slower than its the aforementioned MacBook Pro.

In the Android camp, Spaceport tested the Samsung Galaxy S II and the Galaxy Nexus, with both using the Mobile Google Chrome beta. Of those two handsets, the S II was fastest, running HTML5 ten times slower than the laptop.

While it's perhaps unsurprising to see the Intel Core i7 equipped MacBook Pro best its smartphone rivals, these tests do serve as a reminder that HTML5 has a way to go before it can deliver on the promise of a consistent multiplatform experience.

"Although HTML5 is getting faster over time, the performance on mobile devices and browsers is still sorely lacking for the development of more complex applications."

This second round of PerfMarks results follows the original report, which concluded iOS devices significantly outperform their Android counterparts when it comes to running HTML5.