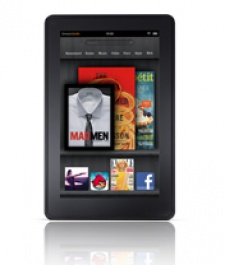 June 6th, 2012 - 11:19am
By Keith Andrew
Kindle Fire owners are far more click happy when it comes to display ads than those who own an iPad according to new numbers released by Jumptap.

The network's sweep of 107 million monthly visitors in its MobileSTAT report revealed Amazon's tablet boasts a click-through rate (CTR) of 1.02 percent, putting it ahead of the larger Apple iPad on 0.9 percent.

Indeed, Jumptap notes that, while tablets in general tend to deliver higher CTRs than smartphones, the success of the 7-inch Kindle Fire proves bigger isn't always better when it comes to grabbing user attention. 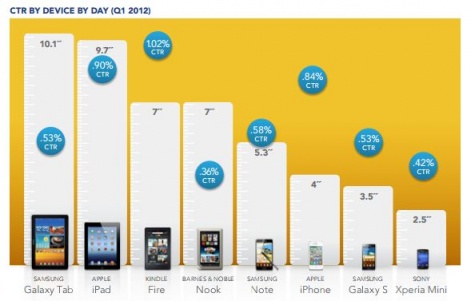 Further delving into the tablet market, Jumptap claims combining its data with numbers from comScore shows the userbases of the two tablets differ wildly.

The company states 18-34 year old are more likely to use an iPad, while older 'baby boomers' are more drawn more heavily to Amazon's Kindle Fire. 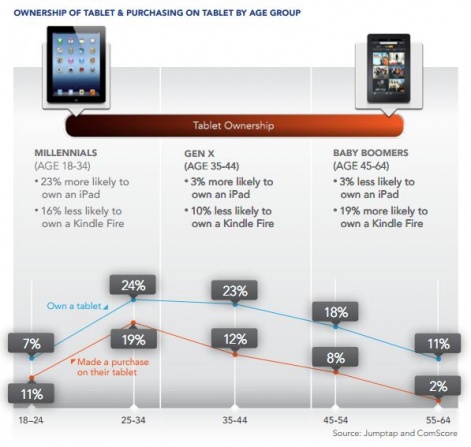 "What makes the mobile market thrive are the various features, functionalities and form factors of each device," added CMO Paran Johar.

"In order to capitalise on that notion and increase campaign CTR, advertisers should build creative that reflects the unique aspects of each device, in accordance with the Mobile Marketing Association and Interactive Advertising Bureau guidelines."