Almost 7 out of 10 new apps developed for iOS

June 11th, 2012 - 12:04pm
By Keith Andrew
A study by analytics specialist Flurry has claimed almost seven in every ten new apps being built is developed for iOS, with Android failing to serve as a priority for most studios despite its larger userbase.

The numbers  sourced from Flurry's analytics across more than 185,000 mobile apps  suggest Apple's continued dominance in the tablet market and the sheer range of Android devices on the market are holding Google's OS back.

According to Flurry, Apple's iPad boasts an 88 percent share of the tablet market, with the millions of iPad users around the globe acting as a compelling reason for developers to make iOS their priority. 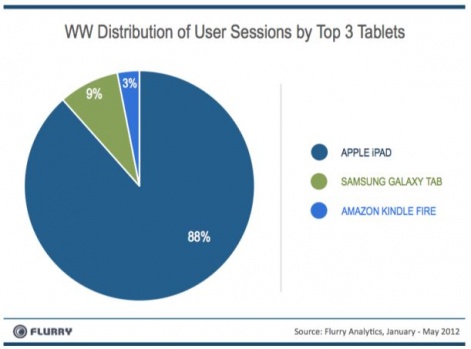 "Not only does Apple offer a large, homogeneous smartphone base for which to build software, but also when developers build for smartphones, their apps run on Apples iPad tablets as well," said Flurry's Peter Farago on the firm's blog.

"That's like getting two platforms for the price of one."

In contrast to iOS's homogeneous approach, Flurry states Android represents an increasingly complex beast, with fragmentation on the increase thanks to the increasing range of devices on offer.

Flurry claims 17 of the top 20 Android handsets on the market hold a 6 percent of less share of the platform's total userbase, meaning developers are afforded only small gains if they make the effort to support them.

What's more, it's claimed the majority of Android users run a version of the OS that's three or four iterations old. 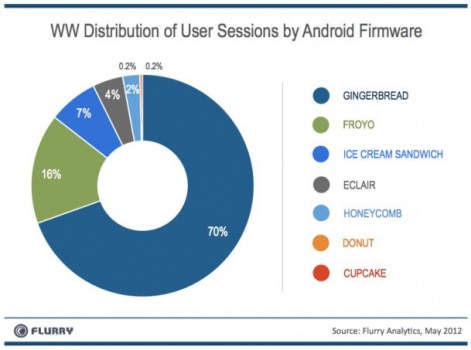 "At the end of the day, developers run businesses, and businesses seek out markets where revenue opportunities are highest and the cost of building and distributing is lowest," concluded Farago.

"In short, Android delivers less gain and more pain than iOS, which we believe is the key reason 7 out of every 10 apps built in the new economy are for iOS instead of Android."

Reply
Great data, but isn't this undermined slightly by a higher penetration of SDKs on iOS than Android?
Posted 9 years, 5 months ago