Kindle Fire offers some of the best click through rates, reckons Velti

October 23rd, 2012 - 02:34am
By Jon Jordan, Contributing Editor
There's plenty of attention about 7-inch touchscreen devices at the moment, so mobile ad network Velti is drilling down into some specific details.

It notes size certainly does matter for mobile ads, as the average click through rate on a full screen interstitial is twice as high on a tablet than on a smartphone.

That's makes sense as the largest smartphone is 5-inches, while tablets go from 7 to 10-inches.

Full screen interstitials on tablets are simply larger and easier to click on.

Yet, conversely, if you look at a specific ad size things are different. 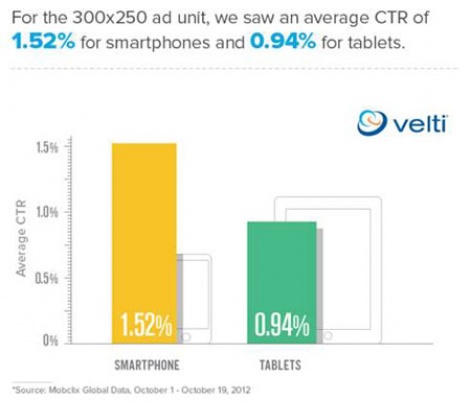 Again, that makes sense, as a 300x250 ad is going to be taking up more screen size on a smartphone than on the larger tablet.

Something that it marginally more interesting, however, is that Velti reckons a 300x250 ad gets higher CTR on a Samsung Galaxy Tab 10.1 (2.39 percent) compared to a similar-sized iPad 3 (1.66 percent).

This may be because more of the iPad advertising is run through Apple's own iAd platform, meaning Velti doesn't get such good data or volumes. 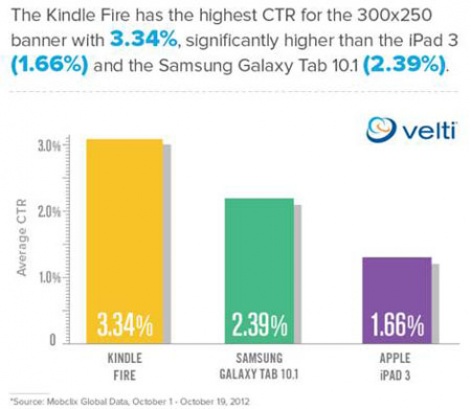