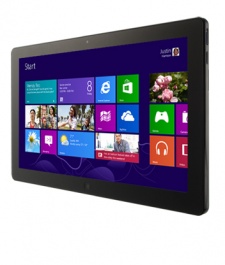 November 28th, 2012 - 12:19pm
By Keith Andrew
Beyond an initial declaration that the platform was off to a stronger start than its predecessor, Microsoft is yet to put a recent number on the number of consumers who have picked up Windows 8 to date.

Nonetheless, figures released by Distimo suggest one of the platform's major new ventures  the built in app store  is performing strongly.

In all, Distimo claims 20,000 apps have launched on the marketplace already. That puts the store ahead of the almost two year old Mac App Store, which currently boasts just 13,000 apps in comparison.

When it comes to downloads, Microsoft has also eased ahead of Apple within its first month, with Distimo claiming the top 300 apps on Windows Store are generating three times the daily downloads the equivalent 300 are amassing on the Mac App Store.

In terms of the paid volume generated, however, Distimo claims Apple is still easily ahead.

If Distimo's report is to believed, it's not the sheer strength of the Windows platform with consumers that is ensuring the Windows Store is a success, but also Microsoft's move to ensure it appeals to all audiences.

So tailored is the store, in fact, that Distimo claims just 65 percent of its total are available in the US  that's compared to the 85 percent ratio in most stores. In short, a huge number of developers are launching apps in specific regions, rather than worldwide.