Chart of the Week: Which F2P games demonstrate the most dense monetisation? 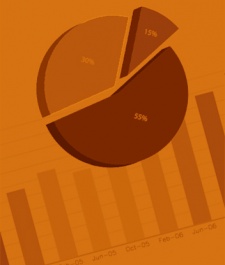 Once a game manages to carve out a position, it maintains a death grip, at least while the developer has cash to run a strong user acquisition program.

According to some research from Tom Aherne, the finance manager at UK developer Kwalee, there's actually a large spread between the US top grossing free-to-play games and their position in the US free download charts.

Looking at 13 titles over a three months period, Aherne points out that games such as CSR Racing, The Simpson: Tapped Out and Candy Crush Saga rank relatively high in both the free and the top grossing charts.

Meanwhile, titles like Kingdoms of Camelot and Rage of Bahamut rank high in the top grossing charts, but low in the free chart. 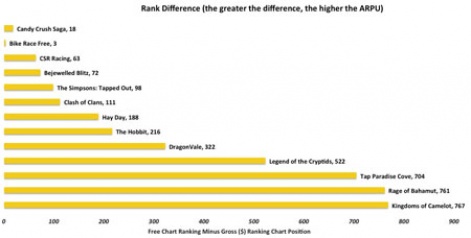 Granted they have been released longer than the former titles, so now likely to rank lower in terms of pure downloads, but nevertheless, this finding suggests that they are retaining and monetising their players much better.

It also suggests that their publishers - Kabam and DeNA respectively - are spending less money on user acquisition in the US, as this drives downloads and hence would be reflected in a leap in free chart ranking.