It's been crunching the numbers from Google Play and the App Store to work out which games and companies were performing the best.

Top of the tops

Sadly it doesn't (yet) uses its numbers to provide global chart combining both Google Play and App Store, but from the individual charts, some conclusions are clear. 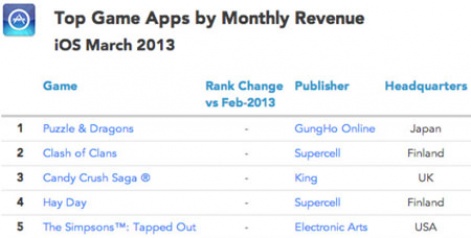 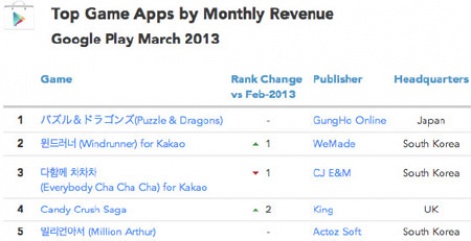 Of course, when it comes to companies, things are a little more tricky.

Gungho Online will be the #1 top grossing company, of course, but as Clash of Clans is #2 top grossing on the App Store and Hay Day is #4, Supercell is likely to be ahead of King.

What's equally significant, however, is that when we look at all four top 5 charts, there's little movement.

Indeed, the top 5 positions for games and companies on the App Store are exactly the same as in February.

You can see App Annie's full analysis, including top 10 lists and breakdown of the most downloaded games via its website.