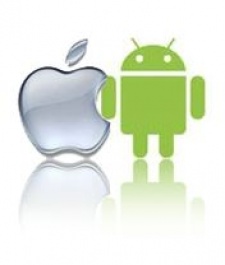 June 24th, 2013 - 06:29pm
By Matthew Diener, US Correspondent
A report by Gartner suggests that the global Android market will more than double its 2012 performance by 2014.

After shipping 506 million smartphones and tablets in 2012, Gartner expects nearly 870 million Android mobile devices to ship in 2013, with almost 1.1 billion shipping in 2014.

For Apple, the picture is slightly less rosy: Gartner reckons around 355 million iOS smartphones, tablets and Mac OS devices will ship in 2014 - that's up from an estimated 296 million in 2013 and 213 million in 2012.

The rise of the tablet

Gartner's research also suggests that an estimated 202 million tablets are expected to ship across the globe this year, which is a 67.9 percent increase from 2012's figure of 120 million shipped devices.

Smartphones are enjoying more modest growth in 2012, with 1.8 billion units expected to ship globally - a 4.3 percent increase over 2012's figure of 1.75 billion units.

While the slower growth in tablet shipments between 2013 - 2014 might seem odd given the near 70 percent increase between 2012 - 2013, Gartner's research director Ranjit Atwal says that its natural, noting that the life cycle of premium tablets are responsible for the figures.

"The increased availability of lower priced basic tablets, plus the value add shifting to software rather than hardware will result in the lifetimes of premium tablets extending as they remain active in the household for longer," he concluded.