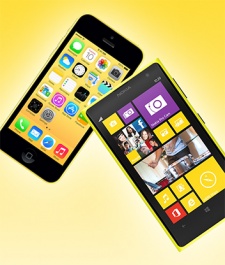 The continued surge in mobile gaming is going to help games industry revenue up to the landmark annual figure of $100 billion by 2017.

That's according to Digi-Capital's 2014 Global Games Investment Review, which claims mobile and online game sectors could take a 60 percent share of the games software market by 2017, seeing revenue increase to $60 billion in the process.

"Competition for growth is intensifying, as the new kids on the block harness the energy in the cycle to take them to the summit," said Digi-Capital MD Tim Merel of the findings.

"However, this is an elite marathon not a sprint, so long term engagement performance is just as important as short term success."

Asia is staking its claim as the biggest growth driver of economic value in mobile and online games and, according to Merel, western games companies now 'envy' the profit margins of their eastern competitors.

"Asia and Europe combined could take a more than 80 percent global revenue share for mobile and online games, whilst nine of the top 10 games M&As of 2013 had Asian buyers, continuing the trend from 8 out of 10 in 2012."

However, games blew away the competition in terms of revenue, accounting for a 72 percent of mobile app revenue in 2013.

Merel does note however, that Asian OTT platforms are beginning to "disrupt" mobile games, with apps such as Kakao Talk, LINE, and WeChat grabbing a sizeable share of the top 100 app store rankings in domestic markets.

As the 8th generation of consoles start to embed themselves in the market, and as the mobile sector continues to grow, Merel believes that 2014 will be a year full of big changes.

"The 8th generation console cycle is beginning to address the decline of recent years, but questions remain about potential new installed bases, transition from the 7th generation and mobile cannibalisation," explained Merel.

"Where 2013 was a year of transition, we anticipate 2014 to be a year of both growth and disruption for the games market."

You can pick up Digi-Capital's report in full over on the firm's website.

Beware the clash of Tencent, Alibaba, Baidu and 360, warns Yodo1