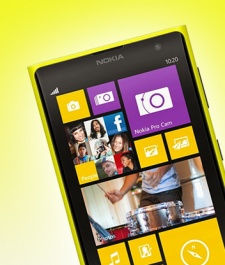 Data collected by the firm has revealed that shipments of smartphones running the Windows Phone operating system have increased by 69 percent since Q4 2012 - a figure that puts it some distance ahead of its competitors in terms of growth.

Shipments of Android smartphones have also dramatically increased, rising by 54 percent during the same period.

The good news doesn't stop there though, as it was revealed that Google's OS accounted for 80 percent of the roughly 1 billion smartphones shipped throughout 2013.

Apple, on the other hand, failed to reach new heights, with the firm's share of smartphone shipments falling from 20 percent in 2012, to 15 percent in 2013, and iOS shipments only increasing by 7 percent .

Canalys analyst, Jingwen Wang, has stated that Microsoft doesn't have time to sit back and enjoy the fruits of its labours just yet, suggesting that the firm must ignore distractions, and continue to propel Windows Phone forward.

"Microsoft has much to do if it is to continue carving out a growing share of the smart phone market, not least driving the platform down to new entry-level price points," said Wang.

"It cannot afford lengthy delays or distractions, and the combined Windows Phone devices team needs to hit the ground running."