Nordics and Japanese spend the most on development, while Chinese spend most on promotion 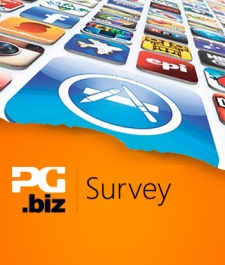 In our first Developer Survey of 2014 (free to Business Network members), PocketGamer.biz has broken down the results by region - with some interesting results.

The Nordics and Japan host the developers most likely to spend over US$500,000 on development.

But when it comes to promotion, it's the Chinese who are most active, with 29 percent of developers spending $500,000 or more.

iOS and Android continue to be the dominant platforms, but after a turbulent year for BlackBerry, and disappointing launches of the 'unconsoles', our report reveals the platforms of most interest to developers, and those that aren't.

Amazon's App Store, plus other third-party Android app-stores, have attracted the interest of many developers, most likely seeking to avoid being locked in with Google.

When it comes to a general feeling of the industry, the majority of devs around the globe feel either positive or very positive about the year ahead, with 27 percent particularly excited about emerging markets as one of the many key opportunities for 2014.

Other opportunities highlighted include an increase in the adoption of in-app purchases, higher paid-game prices, and the continued growth of smartphones and tablet volumes.

The biggest threats continue to be the never ending growth of competition (61 percent), the amount of free content (44 percent), and price deflation (36 percent).

Get the complete picture

The 45-page report is packed with other useful information, such as business models, platforms, future plans and attitudes towards the year ahead.

To get your copy of this latest report, make sure you're logged into the PG Business Network and click on 'Your Downloads' in your user area.

Remember, it's free to be a member of the PG Business Network, so sign up today!