The facts and figures of the Finnish games industry 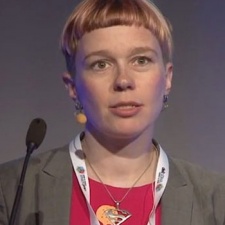 At Pocket Gamer Connects Helsinki 2014, Suvi Latva from the Finnish game industry association Neogames gave some figures about how the Finnish industry was growing.

Throw merchandising and M&A/investment activity into the mix, and the total was €2.2 billion ($3 billion).

The result is an ecosystem that contains 2,400 employees, spread across more than 200 companies, mainly focused on mobile game development.

Notably only four companies have over 100 employees, including Rovio and Supercell.

And Latva argued it's this small scale, combined with a very strong community spirit, and support from the government through organisations and initiatives such as Neogames and Cursor's Playa, that helps the entire Finnish industry to grow and mature.

You can see all the presentations from Pocket Gamer Connects Helsinki 2014 here.