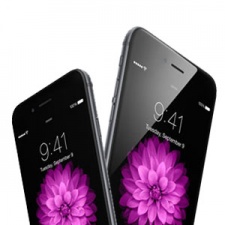 Now available in the US, Australia, Canada, France, Germany, Hong Kong, Japan, Puerto Rico, Singapore and the UK, Apple has announced the iPhone 6 and iPhone 6 Plus have sold over 10 million units over their opening weekend.

This is a record that seems likely to be furthered when the phones are released in an additional 20 countries including most of western Europe plus Qatar, Russia, Saudi Arabia, Taiwan, Turkey and United Arab Emirates on 26 September.

Apple expects the new iPhones to be available in 115 countries by the end of 2014.

Five days since release, the adoption rate of iOS 8 remains slow, however.

According to Fiksu's real-time graph, around 25 percent of the iOS consumers it tracks via their use of apps and games that integrate the Fiksu platform, have upgraded.

This is similar to the uptake of iOS 5, but lower than the 35 percent that had adopted iOS 6 over a similar time scale and over 45 percent that upgraded to iOS 7.

Other companies have also been investigating the adoption of iOS 8, with NativeX comparing take up the new OS across different game genres, with strategy gamers being most keen - with a 17.6 percent adoption over the first 48 hours.

Casino gamers were the slowest to update - 10.6 percent over the first 48 hours.

Three weeks on, a majority of iOS users still haven't upgraded to iOS 8