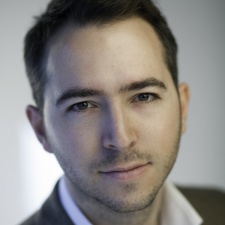 Olivier Clamp joined Millennial Media in 2010 at the start of their expansion into Europe.

He is responsible for building publisher/developer acquisition and account management teams internationally, developing the business network through Inventory growth and managed partnerships.

He is also an EU Board member of the Application Developers Alliance.

A study from the IAB published in 2014 showed that the UK has become a nation of gamers with 70% of the country having played a game in the previous six months.

The surge in gaming among new segments of the population is closely related to the rise of the smartphone which has made games available to a much wider audience.

The report found that 56% of females aged over 44 have played mobile puzzle games, which emerged as the most popular gaming genre of all. It also finally put an end to the stereotype of gamers being teenage boys.

A report in September 2015 from UKOM/comScore that looks at users' spending online puts games as the second highest category that users access after social media, doubling the share of games from the previous year.

Accompanying this is the massive growth we are seeing in mobile video and the overwhelming receptiveness that audiences around the world are showing towards mobile video advertising.

A high proportion of consumers are receptive to engaging with mobile ads.

To better understand consumers' attitudes towards mobile advertising, Millennial Media carried out its first "What's My Worth?" in-depth study, polling over 4,000 consumers across France, Germany, the UK and the US.

As gaming is on the rise because of accessibility, we thought it would be useful to report on what this means to the game developer community.

"What's My Worth?" seeks to help understand the value exchange consumers have with advertisers on mobile, asking how much advertising is acceptable, what experiences are most engaging and what do audiences believe their time and attention is worth.

The study showed that almost two-thirds (63%) of those we spoke to said they found it to be fair to receive ads in order to keep content and ads free, while only 3% said they pay for apps in order not to have ads.

These results illustrate how free games can also make money for the game developer with the use of advertising. Gartner also forecasts that 94.5% of all app downloads will be free by 2017.

We also explored how frequently consumers engage with mobile ads and found that one in four (25%) consumers had clicked on a mobile advert at least once within the last month.

A further one in five (20%) said they'd engaged with a mobile ad once within the last three months.

This strong rate of engagement underlines that a high proportion of consumers are receptive to engaging with mobile ads.

In addition, we found that nearly half (48%) of all consumers would be more likely to click on a mobile ad if it was targeted to their interests. This number increases significantly for millennials, with 77% of 16-24 year olds and 72% of 25-34 year olds saying they would engage if advertising targets their interests.

Mobile versus other media

We also compared how mobile stimulates consumers alongside other advertising channels and uncovered that more than a quarter (27%) are likely to engage with TV at the same time as viewing other media.

A quarter of respondents said the same of mobile, suggesting both are part of a multi-screen experience.

Gaming consumers are also becoming more exposed to a multi-screen gaming experience, as a result of companion apps for games.

25% of consumers had clicked on a mobile advert at least once within the last month.

This might be another avenue for game developers to make money on mobile ads.

The results also found that mobile is the channel most likely to cause consumers to add a product to a wish/shopping list (27%) when they engage with an ad, compared with TV (9%) which was three times less likely.

Perhaps the most notable results of the whole study came when respondents stated that mobile is five times more likely to hold consumers attention than desktop PCs (3%), and also more than twice as likely (22% compared to 10%) to make consumers remember a product or message.

One in five (19%) of respondents said that they would expect one to three minutes of ads in an hour, whilst just over one in ten (12%) said three to six minutes.

When it came to specific age groups, millennials were most receptive and most likely to expect more than a minute of advertising for every hour on their device. The lesson for advertisers is simple: mobile ads have to be highly effective in a concise time span to engage consumers and deliver results.

The most important themes uncovered by the survey indicate mobile's emerging dominance as a brand awareness tool and the most effective channel for driving specific actions and engagement with consumers.

There are three takeaways for the gaming app developers to be aware of:

How gaming is powering up the mobile app economy