GameAnalytics has been number crunching 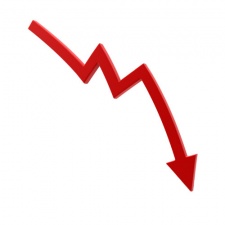 As everyone in the mobile game industry knows, it's becoming harder to generate downloads, keep players, and generate revenue.

That's because the gold rush is over (even for Apple it seeems), the app stores are saturated with games, and millions of people are still playing titles released in 2012 and 2013.

So far, so much another maturing market.

But aside from crying into your beer, what can developers do about the situation?

That's what Danish analytics outfit GameAnalytics set out to answer in its 2014-to-2015 comparison of the lifecycles of mobile F2P games.

In order to accomplish this, it crunched its database of 270 million monthly active players across 8,500 games.

The stark results are as follows:

In both years, 60% of lifecycle downloads occur within 2 months of launch.

More worrying, however, was the finding that even when someone's downloaded and started playing a game, retention - as measured using the standard Day 1 and Day 7 metrics - was lower.

So not only is it getting harder to gain downloads, it's getting much harder to keep players for any meaningful length of time.

Of course, this feeds into a similar decline in monetisation.

And, because the average revenue per active player is also slightly lower in 2015 compared to 2014, the overall impact is heightened.

In conclusion, all the important trends are heading down, making it much harder to survive - let alone thrive - in the F2P mobile game market.

Can developers do anything to overcome this situation?

The good news is yes.

GameAnalytics points to the vital importance of a well-thought out pre-launch process, including a data-heavy soft launch period so that when your game goes live, you're maximising that two month window for downloads.

To find out more about GameAnalytics' services, check out the website.

And you can read the full report here.