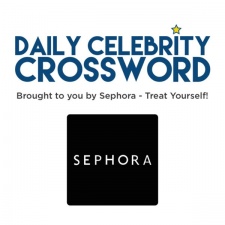 As the F2P mobile game market matures, so developers are having to think much more carefully about their players and what appeals to them.

Obviously, a key part of this is gameplay.

But understanding what brands players like and then coming up with ways of getting those brands into the game in a complimentary way, is equally important.

That's what New York developer PuzzleSocial managed to do with cosmetics brand Sephora in a recent campaign in its game Daily Celebrity Crossword.

The result of running the Sephora-branded crossword puzzle was the most lucrative weekend ever in Daily Celebrity Crossword's 3-year history.

We caught up with PuzzleSocial CEO Jeb Balise to find out more.

PocketGamer.biz: How much in-game advertising had run in Daily Celebrity Crossword prior to this campaign?

Jeb Balise: Tapjoy's ads have run in Daily Celebrity Crossword for a long time, so players are used to seeing rewarded ads in the game, not only through the Tapjoy Offerwall but also through Tapjoy's Full Screen Interstitials and Direct Play videos.

Engagement with Tapjoy's ads has always been high because the ads are shown in contextually relevant places throughout the game.

Why was Sephora viewed as a good fit?

Daily Celebrity Crossword's demographic was exactly what Sephora was looking for.

Daily Celebrity Crossword's demographic was exactly what Sephora was looking for.

So we thought that the game's player base would look forward to experiencing a brand they most likely already knew and loved in an entirely new way.

Was the Sephora branded puzzle just about the branding, or was Sephora more deeply integrated into the puzzle?

The puzzle itself contained 15 clues and answers directly related to Sephora.

The Sephora key words were given to PuzzleSocial by Sephora and then the editorial team created a puzzle that was approved by Sephora.

On average players spent over 14 minutes each interacting with the puzzle and thinking about Sephora products.

Almost everyone who started the puzzle solved it to get the free coins.

There were three elements to the campaign. Do you have any metrics how they combined to produce the 79% weekend revenue lift?

The revenue lift was created because the ad units worked seamlessly together throughout the game:

Why did you start the campaign over a weekend?

We started it on a Thursday and ran it through the weekend.

Weekends tend to be the busiest days for Daily Celebrity Crossword based on overall player usage and engagement, so we started the campaign on a weekend in order to get it in front of as many players as possible.

Was there any noticeable impact on retention and/or revenue when the campaign had ended?

Yes! The campaign was a win-win-win and represents where we would like to see the mobile advertising industry go.

When players get to play something for free that they would normally have to pay for, retention almost always goes up.

Was there any negative audience reaction?

Definitely not. Players loved it and we received nothing but positive feedback.

The campaign provided a free bonus puzzle for them to complete, more ways to earn free currency without having to pay for it, and bonus currency if they did chose to engage with ads. There was nothing not to like.

Do you have any future plans to run similar campaigns?

Absolutely. We are actively working together with Tapjoy to identify other brands that want to reach our demographic by sponsoring a custom puzzle designed to educate our players about their brand.