Are you regularly changing your IAP pricing and taking advantages of international price tiers like the best developers? 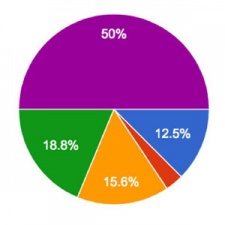 The mobile games industry is a fast-changing beast, and one way of tracking its trends is running a regular survey.

It's announced the results from the first survey today, and will look to repeat the process on a quarterly basis.

As for the key takeaways from survey #1, they are stark.

The market for pure paid mobile games has declined: less than 16% of developers in the survey now use this model.

Instead most developers are using in-game advertising (70%) and IAPs (90%) to monetize their games.

The sophistication of their IAP economies isn't high, however.

Of developers who do offer retailing discounts - as the graph above shows for weekend sales - the results speak for themselves, however.

It's a similar situation when it comes to whether developers take advantage of the international pricing tiers than Apple and Google have rolled out.

What's clear then is the best developers are taking full advantage of technical innovation and F2P best practices: an example the majority of developers can learn from.

You can read the full details of Scientific Revenue's Mobile Game Monetization: IAP Best Practices survey - which also looks at pricing tiers, IAPs to remove ads and other monetisation techniques - from the Scientific Revenue blog.