Lacking organic discovery, 91% of games and apps on App Store are 'zombies' 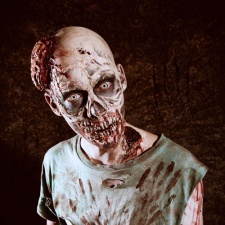 The Berlin-based mobile analytics outfit has been tracking these apps - which it defines as apps that don't rank high enough to appear on any top lists in any country's Apple App Store - since 2012.

Essentially, Zombie Apps are those that you can only find by searching for them; they have no organic discovery mechanism.

In terms of headline figures, Adjust reckons there are over 2 million apps that are available for download on the App Store.

They are competing for around 6.7 million possible placement slots.

But because the most popular games and apps take multiple slots - for example, the average app takes up over 35 slots - the majority of apps are zombies.

As for the current situation, the total is just under 91%, although there is some variation across different App Stores.

Adjust's conclusion is that Apple needs to rethink its curation and discovery mechanisms on the App Store; something that Apple will likely say it's addressing in part with the forthcoming Search Ads option in iOS 10.

You can read the full report here.