Counting more than the cost 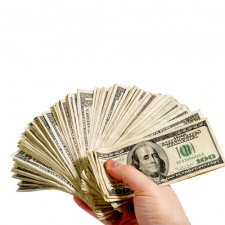 When it comes to marketing, the free-to-play mobile games sector has one big advantage over most others.

In contrast to the old adage, it doesn’t waste half the advertising money it spends. Data attribution makes it clear whether marketing budgets are being well spent on not.

However, while this gives F2P mobile games companies a competitive advantage against other industries, everyone within the industry has access to the same tools.

So, in a market in which virality in general, and app store discoverability in particular, are in decline, competitive advantage has increasingly boiled down to a good understanding about your game - especially estimates of its lifetime value - and access to a lot of cash.

One company that demonstrates just how powerful getting this equation right can be is G5 Entertainment.

The developer and publisher of hidden object games has seen its daily player base more than triple and its sales rise almost 400 per cent in four years, a trajectory that’s been fueled by a more-than 10-fold increase in user acquisition spending.

Fueled by a 10-fold increase in UA spending, G5's sales rose 400 per cent in four years.

Granted, G5 started from a low base. In 2014, its annual sales were around $33 million. It now spends that amount annually on marketing and has annual sales of over $120 million.

Indeed, what’s really significant in terms of the company’s overall value - its share price increased over 200 per cent in 2017 - is the more G5 has spent on marketing its games, the more profitable it’s become.

It's also worth pointing out that within the period, G5’s UA spending remained static until the end of 2016, which is when the company’s revenue and earnings growth lines changed gradient significantly.

A more intricate example of how smart UA spending can transform a company’s situation is provided by Glu Mobile.

Over the 12 months, its annual sales have increased from $214 million to over $300 million, with the vast majority of growth coming from one game Design Home, although to-date Glu remains loss-making.

As a publicly-owned company Glu has been open about how aggressively it’s been marketing Design Home, spending $35 million on UA in the nine months period from January to September 2017.

Going into much more detail to educate its shareholders in the process, Glu revealed that in the April-to-June period, it spent $13.9 million on Design Home’s UA, buying 3.4 million downloads.

These new players then spent $7.8 million in the game.

Glu expects those players to spend the remaining $6.1 million required to breakeven over the next six months and then crucially expects some of them to keep spending in the game for up to the next two years, generating significant long-term return on investment.

Having the right games, which in the case of both G5 and Glu Mobile are games that appeal to an under-represented yet lucrative market - middle-aged women - is clearly a prerequisite.

Spent correctly, UA money should increase sales for months and even years to come.

Things are much harder for companies operating in the mainstream, as demonstrated by the recent travails of Rovio.

It’s increased its UA spending quarter-on-quarter for five of the past six quarters and while this did drive growth in 2016, it’s not experienced the same uplift in 2017, despite doubling its UA spending between Q4 2016 and Q1 2017.

The reasons are not obvious, partly because Rovio’s business isn’t as transparent as G5 and Glu in terms of which games it’s supporting.

However when we compare the three companies’ efficiency in terms of how much increasing their UA spending quarter-on-quarter has grown sales (not an exact science, granted), it looks like Rovio’s UA spending has been the least effective.

For example, during 2017 both G5 and Glu Mobile have seen each extra UA dollar spent generate $4 additional of sales, if only for a quarter. Rovio’s best has been $1.

It should be reiterated that, as Glu Mobile explains, spending UA money isn’t about an immediate return. Spent correctly, UA money should increase sales for months and even years to come, but even in this context it looks like Rovio could be doing better, or spending less.

The current level of UA spending has implications for the overall profitability of the mobile games market.

Instead, it further accelerated its UA spending during its July-to-September 2017 quarter to such an extent it pushed the company into a loss before taxes; something that resulted in a 20 per cent fall in the company’s share price.

Of course, it goes without saying we shouldn’t draw too many conclusions from the activities of just three companies - even floated companies that are legally required to reveal the sort of details that enable us to write such articles.

Similarly, as floated companies, they have more latitude to aggressively ramp up UA spending as they have access to the relatively large amounts of relative cheap money.

In that context, it’s no surprise UA spending as a proportion of overall sales has increased for all three companies from under 15 per cent in mid-2016 to over 20 per cent for G5 and 30 per cent and over for Glu Mobile and Rovio in Q3 2017.

These are substantial investments and ones that smaller, private mobile games companies are unable to compete with, even given the flurry of new funding opportunities from the likes of Pollen VC, Tilting Point and PlayStack.

More strategically (and another article in itself), this level of spending also has wider implications for the overall profitability of the mobile games market, especially given the fact every company, with the possible exception of Tencent, gives up 30 per cent of its gross revenue to Apple and Google before it does anything else.

Finally, it should be pointed out that, like any addictive substance, high levels of UA spending creates a tolerance in its host, in this case the mobile games audience. Over time, it becomes harder to spend as effectively as was previously the case.

This is something Glu Mobile has explicitly acknowledged as its aggressive UA program for Design Home was limited to six months. Similarly, it will be interesting to see if G5, as a company with $120 million in annual sales, can continue to use UA to generate the same growth it did as a $30 million company.

Nevertheless, the conclusion from this analysis is clear. Developers in possession of a mobile game with well understood LTV and access to large amounts of cash are in a very strong competitive market position.