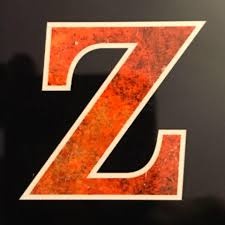 Generally defined as the generation born between 1995 and 2015, Generation Z is important as our first generation of mobile-natives.

As highlighted in a report from App Annie, it also has some distinct characteristics compared to older cohorts.

For one thing, it appears to spend less time playing mobile games than previous generations, although its use of non-gaming apps is broadly similar.

According to the research, those 25 years and older spend 30 per cent longer playing mobile games and access them 20 times more frequently.

Maybe one reason is that Gen Z like watching games rather than playing.

Twitch is the most over-indexed app in 7 out of the 10 markets App Annie tracked for Gen Z.

There’s also a surprising level of national divergence when it comes to Gen Z’s gaming habits.

Although mobile users in Japan, South Korea, the UK and US all have similar usage patterns in non-gaming apps, Japanese Gen Z gamers play considerably longer than any other market.

In contrast, UK Gen Z mobile gamers are much lighter users than Koreans and Americans.

As for the mobile games Gen Z likes to play, its favourite developer is clear.

The most popular game was Supercell’s Brawl Stars, with Clash of Clans (US) and Clash Royale (Australia, Canada) the other key titles.

One reason for this App Annie reckons is these games' strong social elements.

You can read the full details, including a breakdown of popular non-games apps in App Annie’s report How To Win Gen Z.