Clash of Clans is the outlier 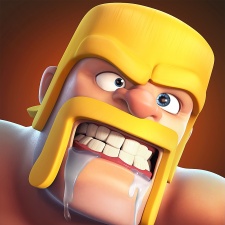 The report's analysis includes player motivations, market shares and shifts in genre trends, with taxonomy honed in collaboration with industry experts based on thorough testing and data analysis.

Strategy games are presently the third biggest genre in America’s iOS market, according to GameRefinery’s report; the genre contributes about 17 per cent of the market’s revenue.

It is driven by 4X (explore, expand, exploit, exterminate) strategy games, which are typically games with an emphasis on building and developing empires and economies.

Of the 25 top-grossing strategy games, 20 implement the 4X style.

The only game without 4X gameplay in the top ten is Supercell's Clash of Clans.

In fact, Supercell’s games have turned the tide in strategy games back to a positive trend, following a decline that lasted for a long time.

Genre-blending, on the other hand, continues to be a successful strategy in strategy games.

MOBAs (multiplayer online battle arenas) are a historically difficult subgenre in the US mobile market. Even League of Legends: Wild Rift, following a strong launch last year, has struggled with monetisation and has already dropped out of the 200 top-grossing games in the US.

Genre-blending, on the other hand, continues to be a successful strategy in strategy games. One example is Top War with its merge mechanics.

The only game to enter the top ten grossing strategy games this past year was Puzzles & Survival, which found success using match-3 elements.

The report states that long-term power progression, strong event loops and social elements are the ‘cornerstones’ of most modern 4X mobile games.

Progression loops with myriad permanent boosts and bonuses – coming from training, upgrading troops, constructing, and so on – create the potential for players to become continually more powerful. This is the main principle when it comes to increasing engagement and monetisation in mobile strategy games.

You can find the full report by Vungle's GameRefinery here.