Funds the 'next gen of mobile gaming' 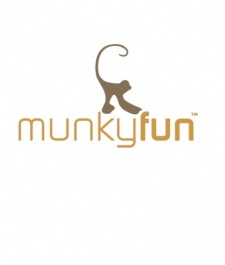 The funding will be used to move MunkyFun - the studio behind Archetype and My Horse - into a new office in San Francisco's Jackson Square, and to add fresh talent to the studio.

As such, MunkyFun is currently hiring for several key positions, including a 2D/UI artist, an analytics expert, and a senior game designer.

"We are growing and have an eye on bringing amazing new talent to the team, helping us to build the next generation of mobile game experiences," explained MunkyFun co-founder and CEO Nick Pavis.

"The games industry has evolved incredibly over the past few years and as a result we have seen a rise of tremendous new opportunities for both developers and users.

"By working with GREE, we know we can bring innovative experiences to new users worldwide through the combination of our respective expertise in the mobile games market."

MunkyFun claims the GREE deal - which was originally revealed as part of the giant's US reorganisation - won't affect its indie status, with the studio remaining independently owned, however.

"Smartphones and tablets are fast becoming the gaming platform of choice for the mass market," added GREE's SVP of corporate development Shanti Bergel.

"The founders at MunkyFun recognised this early and built an exceptional team and culture focused on producing beautiful free-to-play mobile games of outstanding quality, balance and depth."

"With its proprietary visualisation and multiplayer technology, MunkyFun is now uniquely positioned to take advantage of maturing consumer tastes in this space."

GREE switches platform development to Japan, while investing $3M in US studio MunkyFun