The company has also expanded its executive team 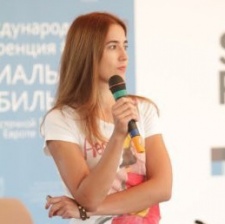 Julia has 10 years of experience in international business development in IT/telecom industry. Since joining G5 in 2008 Julia has played important role in G5′s transformation from game developer to publisher. Today Julia is responsible for cooperation with independent game development studios, and adding new channels to G5′s distribution network.

This acquisition is a part of Dorian’s growth strategy, connecting fans and independent creators to popular IPs, monetisation features, and code-free creation tools.

Like Dorian, Nix Hydra was founded by a group of women, and has achieved more than six million downloads across its catalogue of games.

Nix Hydra focuses on empowering underrepresented communities through games and interactive storytelling. The company’s flagship titles Fictif and Arcana: A Mystic Romance have over three hundred chapters and the latter has been downloaded over six million times. Dorian will work with Nix Hydra’s fan community to expand the canon of both games.

In order to promote growth, Dorian has expanded its executive team, with new members including key members of the Nix Hydra team – community manager Alex Danino and lead artist Gabriella Rossetti, who will work to integrate both Arcana and Fictif into the new platform.

"With gaming as the largest and fastest growing form of entertainment today, and major streaming giants losing subscribers to creator-driven platforms like TikTok and Twitch, the message is clear: big, bold changes coming to the landscape of how content is created and consumed," said Dorian founder and CEO Julia Palatovska.

Earlier this year, Dorian raised $14 million in a Series A to expand cloud-based creation tools.

Nix Hydra on 9m Egg Baby downloads with zero marketing, $5m in VC cash, and the future of games for girls