The mobile gaming veteran wants to push the envelope 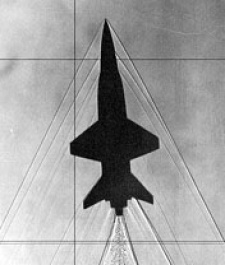 Everyone's got very excited recently because the Nintendo DSi has a camera. "Just imagine what the guys at NCL's skunkworks are going to be able to do with that, etc?" It's hardly surprising considering the innovative way in which Nintendo has used the DS's touchscreen and microphone. The only hardcore complaint is that it's VGA quality.

But wait a second. My phone has a five-megapixel camera. In fact, cameras have been included as standard in phones for years so where are all the innovative mobile games that use the camera?

So like the touchscreen, here's a technology that's been available on phones for ages but it takes a company like Nintendo to do something interesting with it. Why is it that mobile developers seem incapable of using the technology that's literally at their finger tips creatively?

I think this is a question that's always plagued the mobile game market. Many people argue the relative lack of success of mobile games is due to operators' inability to sell the games and the fragmentation of the devices. But perhaps it's simply down to the poor quality of mobile developers? Our chicken-and-egg problem is, which needs to come first: the market or the games?

For history has shown that creativity mixed with technology drives content to new heights. Sega employed the 2D speed of the Mega Drive to create Sonic, which made Mario feel slow. In turn, Nintendo demonstrated the textbook example of the use of a 3D camera in Mario 64, while id Software took the power of the PC to provide unsurpassed immersion in Doom. All of these companies exploited the technological advances of a host platform  pushing them in ways no one else could  and mixing in their creativity to create new experiences, and gaining massive commercial success.

And this is what the mobile games market needs; developers who take the technology that's available because, let's face it, phones are literally brimming with gizmos from cameras to GPS, motion sensors and 3D hardware  and push it to create innovative games.

I'm a firm believer that great games come about because of technological advances so mobile developers should be at the forefront of creating such new experiences, not hanging around at the back of the pack, copying what is already out there. Of course, there are a couple of companies who I think do push the technology, such as Firemint and Ideaworks3D, but we need a lot more. Because that's where the next big ideas will come from  from the bleeding edge.

After 12 years in the games industry, the last eight as head of production at I-play, Chris Wright finally has escaped. He now runs his own consultancy focusing on casual games. He can be contacted at chris[at]gamesconsultancy.com