The mobile gaming veteran's wondering how much should a mobile game cost? 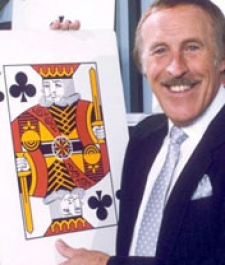 January 31st, 2009 - 09:00am
By Chris Wright
This seems like a fairly fundamental question, and after nine years you'd have thought it would have been solved by now. But talk to the top guys in the mobile games industry and you'll find that not only is this still an open topic but there's very little consensus.

Java games are even more varied, with the same game on different portals sold at a huge range of prices. All of this is before you get into free games, ad funded, subscription, pay per play and the myriad other business payment systems that have become available.

There's nothing wrong with looking at different payment structures of course, but if you can't work out a generally accepted model you risk devaluing the product and confusing the end user.

The reason I can buy a game with confidence for my Xbox 360 is that I know what it should cost. There might be some variation between GAME, Play.com and Amazon but there's a recommended retail price and so I can measure my desire for a particular game against that level of worth.

In comparison, there are loads of websites that will help you figure out the differences between various mobile contracts where I'll pay anything from over a thousand pounds a year to nothing, depending on that plan, this deal and the other payment scheme.

Making mobile games cheaper and providing endless ways of paying for the same thing isn't a solution. People need to feel they're buying something that has worth and that in doing so they are making a good decision.

There's nothing wrong with ad funded games, subscription or pay per play, but making the buying decision more complex rather than simpler is not the way to make mobile games more successful.

I have a consultant friend, and his approach to business is to double the costs. If you currently charge $5, try charging $10. You may get fewer customers but you probably won't lose half of them, so in the end you'll end up better off.

This is the opposite to the current push of reducing the cost of games. It might not be the solution - especially in the current economic climate - but increasing rather than decreasing the worth of mobile games must be the objective for everyone in the industry.

If not then this discussion will become academic. In future, there simply won't be an industry to worry about it.

After 13 years in the games industry, the last eight as head of production at I-play, Chris Wright finally has escaped. He now runs his own consultancy focusing on casual games. He can be contacted at chris [at] gamesconsultancy.comAll opinions expressed are the author's own.