Don't abandon J2ME in the stampede to iPhone

Why too much of Apple's handset could be a bad thing 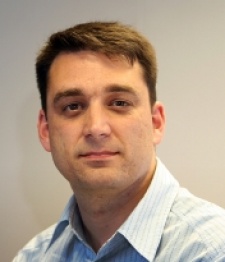 March 4th, 2009 - 12:00pm
By Guest Author
This article is a guest contribution from John Chasey, chairman of Finblade and CEO of Metismo (pictured right).

Every report you read these days suggests that the unexpected success of the iPhone can only be a good thing to all concerned (except perhaps the other handset manufacturers!)

I would also be lying if I were to say that the companies that Im involved in havent benefited hugely from the surge in interest in mobile content that the iPhone has precipitated.

So why am I uneasy about the continued hype heaped upon Apples device?

Well it's not that I dont want the iPhone to continue to be successful. But Id draw parallels to the transition that occurred in the games industry as it went from PlayStation 1 to PlayStation 2.

The allure of the new

For those not in the industry at the time, when the PlayStation 2 (PS2) was launched in 2000, publishers and developers dropped the PlayStation (PSone) like a hot potato and en masse began big-budget projects for the PS2.

The subsequent releases were generally decent titles, but due to the relatively small installed base of PS2s in homes, the huge number of titles available, and the significant budgets spent on said titles, many publishers lost serious amounts of money on those first releases.

At the same time there was a dearth of titles being released on the PSone, whose owners were still interested in buying games (in fact, the repacked PSone outsold the PS2 during 2000).

Java is no small island

While there are many technical and logistical reasons why publishers and developers prefer the iPhone, the fact is that there has been a definite move away from J2ME development and releases.

Those companies that have chosen to continue supporting the older platform are therefore likely to see their market share and profits increase.

The flipside of this is that the stampede towards the iPhone by publishers and developers has outstripped the increase in installed base of Apple handsets.

Put simply, there are so many more titles to choose from, so each individual title is selling less.

Now, any title that secures support from Apple on the App Store and makes it into the Top 10 is almost guaranteed to make money. But the number of titles outside of that Top 10 has increased by orders of magnitude in the last six months - and the titles in the bottom half of the sales curve are selling a lot less than there were previously.

Its not all doom and gloom, but the biggest danger is to mid-sized projects.

A title developed by a small efficient team can be brought to market relatively quickly and will be able to make a good profit, with a chance to hit the big time. Equally, a truly big-brand title will get the promotion and hit the sales heights and get its return, too.

What looks more precarious are the mid-sized projects allied with mediocre brands. The development costs entailed in creating the project are likely to be considerable, and yet the title could be launched and disappear off the front pages within a few days into obscurity, with minimal sales along the way.

This is a real problem if as a publisher you have invested significant sums into your titles based on Trism sales numbers from summer last year, or as a developer if overnight your work dries up or is canceled by publishers that suddenly dont see the iPhone as the Holy Grail it was last week.

In that situation, the J2ME titles that you were glad to see the back of three months ago all of a sudden may look a lot more attractive.

In summary, absolutely dont ignore the iPhone, but dont abandon the many other viable mobile platforms out there.
Games industry veteran John Chasey founded and ran the mobile games studio IOMO, which was acquired by InfoSpace in 2004 for $15m. He is currently CEO of mobile technology middleware company Metismo, creators of Bedrock, and chairman of mobile game developer FinBlade with a number of non-executive roles.