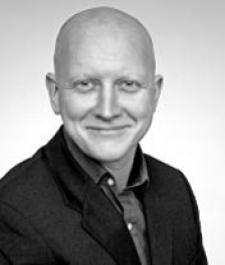 Every January, it's the same. 'This year will be different,' says The Industry, 'This will be the year that changes everything.' It is as much a truism and a cliché to report it as to say it.

And equally, every year, after an optimistic start, by about now we see not the springing of fresh green shoots but the re-emergence of all the old perennial weeds that had choked us previously.

But 2009 is different. Really it is. And one week will stand out in particular. Because this has been the week when the mobile games industry has officially, unequivocally, irrevocably been split into two - Apple and The Rest.

On Saturday, we saw the much-anticipated launch of Facebook Connect for the iPhone, linking the two biggest consumer technology stories of our time together with a bunch of game-changing synergies.

Mobile games can now truly be connected, convergent and community-centric. And above all relevant.

Then with scarcely a day to catch our breath, in a couple of breezy Californian hours, Apple rewrote the book again. Or rather they didn't.

What they did was announce a set of functions that have been bubbling around in the OEM ether for years, functions which many have been chasing since the early years of this decade. A set of APIs which have so far remained conspicuously undelivered, a collective failure by the industry that makes Apple's success all the more telling.

What's new and why it matters

I'm always cautious of getting caught up in the hype and hyperbole. The wider blogosphere seems to be relatively unimpressed by the detail - 'an update for developers rather than consumers' seems to be a common - if rather simplistic - theme.

Among the - count 'em - 1,000 new APIs there were a small number directly relevant to gamers. Nevertheless, the excitement among the community is palpable. Because these are features that creative developers will turn into game-changing consumer experiences.

First off, billing. Never a source of deep consumer excitement, it's nevertheless what feeds the chain. And the holy grail is the kind of flexibility that can leverage maximum value for all parties.

Giving the developer the responsibility to set prices was a sea-change in the industry. Now they have control over the way in which they charge.

Yes, there will be teething problems. Yes, there will be backlash, but giving developers the ability to take micro-payments and run subscriptions will bang yet another nail into the traditional mobile games 5-3-1 PPD business model.

Then there's in-game voice chat - okay, so we can all see the hardcore appeal. But flip it on its head and 'in-voice gameplay' opens up a whole new casual dimension.

Operators will have things to say about anything with the letters VoI and P in there, but its undoubtedly a compelling consumer opportunity.

What's this - peer-to-peer over Bluetooth? Other gaming platforms got there first with local multiplayer and content sharing, but remember this is a device aimed at a broader audience.

IP-based community is driving the development of the fixed web, but when you introduce seamless integration of mobility and physical proximity (oh, and maybe a few useful mapping APIs) you're gaining new ground.

And while it wasn't explicit in the announcement, local or peer to peer viral distribution of 'lite' content linked to a robust customer billing system could have massive consequences for distribution.

You couldn't make something sound duller than 'push notification' however hard you tried. But as well as opening up a whole host of functionality for social games and MMOs, this promises to extend the game creator's ongoing relationship with the consumer - a dream as much for marketers as for developers.

In the often closed and closeted realm of mobile games, this is a wormhole that will open up a whole new world of dialogue.

But enough on the features - many, many more words will be written over the days and weeks ahead on how these innovations may impact the creative landscape. And as developers get to grips with the new SDK from now, and consumers with the new features from June, we'll see for ourselves what is truly game changing.

Above all else, its not just the individual components - a clever functionality doesn't always translate into a compelling consumer experience.

However, considering the robust and customer-centric elegance with which Apple engineers its solutions, one has limited doubt. It's the sum of the parts that matters.

Apples overarching success has been to vertically integrate the mobile value chain in a way that no one has ever managed before and few will be ever be able to match. Full end to end control and seamlessly integrated capabilities within it has given Apple a distinct lead over the competition.

If the race didn't look tough enough already before Tuesday, one now wonders if The Rest will ever be able to catch up. Maybe they shouldn't even be attempting to compete in the same race; but that's another piece for another day.

The fact is that while the wider mobile industry struggles to adopt and adapt to the new realities of Mobile Web 2.0, on a Tuesday morning in March, Apple has gone and created a 3.0rd.
Formerly Head of Games at Vodafone and European Marketing Director at EA Mobile, Tim Harrison is founder of The Mobile Consultancy, an advisory firm specialising in the mobile games and applications ecosystem. Tim will be hosting a session Walls Come Tumbling Down? The New Distribution Reality at this year's GDC. You can contact Tim at tim.harrison@themobileconsultancy.com