What he's learned in the mobile gaming world 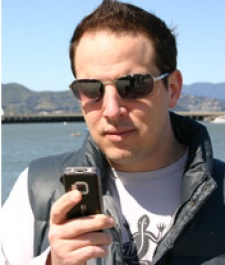 June 29th, 2009 - 11:53am
By Stuart Dredge, Contributing Editor
Scott Foe's last day at Nokia was Friday. The senior producer and guiding light behind Reset Generation is leaving the N-Gage team for pastures new.

We asked him if he had any parting shots based on what he's learned working in the mobile gaming industry for the last few years. He did. Read on.

My name is Scott Foe; in 2003, I left the comfort of the online console gaming world to lead some seriously talented teams in developing and launching online handheld games.

With Sega's Pocket Kingdom: Own the World, we stood at the forefront of (and even helped to define) connected handheld gaming. And with Nokia's Reset Generation, we made cross-platform (PC-to-mobile) connected gaming - something that so many have been promising for years - a reality.

One of the big attractions for me when it came to mobile gaming was that, though our projects were huge by handheld standards (bigger than most PlayStation Portable games), our projects were relatively small by console-standards: One person could do more.

For each project, I was able to lead not only production efforts, but also launch marketing and public relations efforts, and (though not as sexy) quality assurance efforts.

My own personal learnings from these past six years have been considerable, and here, I would like to share some of those learnings with you ...

Have you ever seen a dancing bear? It's impressive! But that bear will never win Dancing with the Stars: Because it's a still a bear - it doesn't dance very well.

Some people will exclaim, "But the bear dances!" Expert designers would call those people "apologists." And there are way too many apologists working in mobile gaming today.

Eat Your Own Dog Food

It positively floors me how many mobile game designers drive to work every day: take the bus; take your game. Go to the movie 30 minutes earlier than you normally would and play in the theater.

Sitting at your desk and playing is not going to give you anything close to a true player experience. I've heard it said that gaming is "the red-headed stepchild of Hollywood," and so mobile gaming must be the dog who lives under the porch: Eat your own dog food.

Psychological studies of design focusing on users of automated bank teller machines show us that - given human interfaces which are completely identical save that one interface is more ascetically pleasing than another - interfaces which are prettier seem easier and more fulfilling to use.

Make every last screen of your game beautiful: Even the menus - no more ugly system font - even if you have to reduce scope in order to apply resources to do so.

Entertainment Property Development
Pokemon was a handheld game - and also a billion dollar enterprise. The entertainment property development lessons applied to the creation of AAA console games are not just for AAA console games: Those lessons can be applied even to the lowliest, one screen, mobile titles.

Nokia's Snake is the most-proliferated video game of all-time, no other game truly comes close: imagine if the creators of Snake had over the years developed and introduced a compelling storyverse/narrative which featured a memorable cast of characters: A win for players, in the form of more interesting content and a win for the business-heads, in the form of greater possibilities for brand monetization.

Consumers are the Bullets

If marketing is warfare, consumers are the bullets: And nowhere does that sentiment matter more than in a space where the players carry the games around in their pockets, everywhere they go.

Does your game have that "HOLY SHIT YOU MUST SEE THIS" moment? Are you incentivising your players to become the most valuable members of your sales force?

My pocket porch dogs, I leave you (for now) with the words of Broadway lyricist Herbert Kretzmer: "Never kick a dog because he's just a pup. He'll fight like twenty armies and he won't give up. So you better run for cover when the pup grows up."
Scott Foe's continuing adventures can be tracked via his blog.