Marketing and cross-platform connectivity, in short 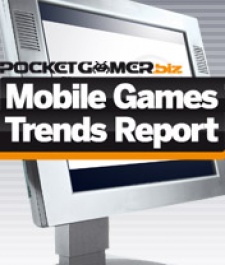 July 29th, 2009 - 10:21am
By Stuart Dredge, Contributing Editor
The mobile games industry has grown up with few forms of successful marketing other than co-promotions with operators.

Deck placement drove sales of J2ME and BREW games, so publishers spent their time courting games managers within the operators rather than building word-of-mouth buzz among consumers.

Thats changing fast. The open world of app stores, led by Apples App Store for iPhone, is ensuring that mobile games marketing is having to get smarter and more consumer-focused.

The new breed of mobile game marketers are savvy to social media in the same way their predecessors were tuned into the desires of the operator games managers. And Facebook is one of the most interesting testing grounds for this new approach.

Mobile games firms are launching Facebook versions of their titles, to build awareness and turn them into bona-fide brands. Tower Bloxx was the first successful example, but since then Bubble Town has also become a runaway hit on Facebook.

Stats on how many mobile game sales this actually generates are thin on the ground, but everyone from Nokia to Gameloft to Namco Bandai has been testing it out.

Other companies have also launched Facebook applications that promote mobile games, directly in the case of Mplayit Mobile Arcade, and as part of a wider focus in the case of LivingSocial: iPhone Apps.

The former is an extension of Mplayit's existing consumer portal, offering playable demos of mobile games, with the option of clicking through to buy them.

Meanwhile, LivingSocial lets people share the details of their iPhone app collections, including ratings and mini-reviews. Both are examples of how Facebook can spread the news of excellent new games among peer groups.

The really interesting stuff being done with Facebook right now is on iPhone (and, lately, Android) with the Facebook Connect technology. It lets games connect to players' Facebook accounts.

On one level, this allows bragging about scores and achievements, as seen in games like Star Defense and Tap Tap Revenge 2. A textual message appears as a status update, usually with a link that friends can click on to find more information on the game.

But the next level is actually integrating mobile games with versions on Facebook. Playfish's Who Has The Biggest Brain? and EA Mobile / Distinctive Developments's Anytime Pool are seamlessly playable across both platforms.
This is an edited extract from the PocketGamer.biz Mobile Games Trends report, which is available now. For more details on buying a copy, click here.